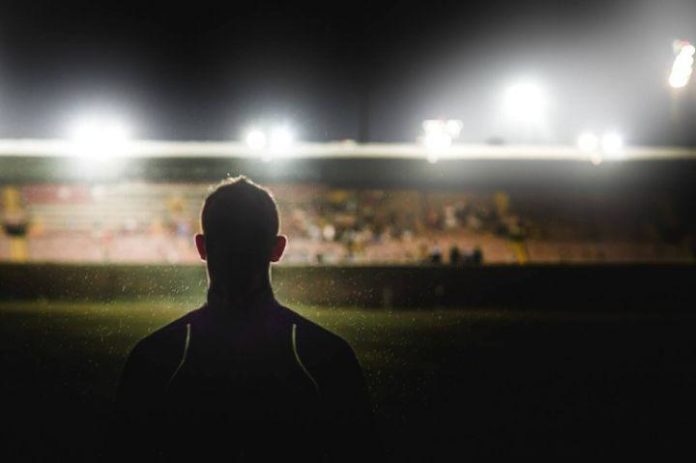 After falling by a historic 40% before recovering slightly yesterday, bitcoin (BTC) is today recouping some of its heavy losses, posting double-digit gains in the early hours of Friday trading.

Today’s rebound comes after the number one digital asset once again saw heavy selling around midnight UTC time, pushing it as low as USD 3,858 on Coinbase before recovering. Other exchanges recorded overnight lows that differed slightly from that.

Counting from the overnight low, bitcoin has now rebounded by about 46%, although the asset is still far away from recovering yesterday’s heavy losses.

As pointed out by Nic Carter, Partner at Castle Island Ventures, a venture capital firm focused on public blockchains, yesterday’s loss marks the second-biggest one-day loss in bitcoin’s history. The only other time a bigger loss has been recorded was in the relatively early days of bitcoin in 2013, when the price dropped nearly 50% from USD 166 to 84 in a single day.

Further adding to the currently bearish sentiment is also a new statistic from crypto analysis firm Glassnode, which revealed that more than half of all circulating bitcoin is now held at a loss. This is the first time in over a year that this has taken place, Glassnode said.

For ethereum (ETH) – the second-most valuable digital asset by market capitalization – the situation was even worse as the asset dropped 43%, its worst one-day performance to date.

In the aftermath of the crash, it also appears that the hunt is on for someone to blame for the misery, with some members of the community pointing fingers at the crypto derivatives BitMEX. Speculation on what BitMEX’s role during the crash was came after the exchange halted trading in the midst of the storm due to an alleged “hardware issue” at a cloud service provider.

The trading halt quickly became a topic of discussion among traders on Twitter and elsewhere, with some users proposing their own theories of what really happened. Among them was CEO of the crypto derivatives exchange FTX (co-owned by Binance) – one of BitMEX’s competitors – Sam Bankman-Fried, who appeared to doubt the official version of the story, sharing an “insane theory of the day: there was no BitMEX hardware issue.”

“They could liquidate BTC down to 0….. Or they could go down for an hour, let BTC rally, release some of the liq pressure, and hopefully catch a positive feedback loop removing the need to ever liq the BTC,” he said, adding that “Anyway probably this is wrong, and probably it really was just maintenance. But maybe not. Maybe BitMEX realized the position it was in: an insane amount of leveraged positions, no liquidity, and no prime brokers to allow arbitrage to save us.”

However, BitMEX responded to the allegation, calling it “insane” and a “conspiracy theory.” The exchange also added that their insurance fund is “the largest in the industry by orders of magnitude” and that it “remains healthy.”

Despite this, some members of the community still seem to point fingers at BitMEX, with speculations that the highly leveraged derivatives trading taking place on the exchange exacerbated losses in the bitcoin price. The sentiment was partly fueled by the fact that the bitcoin price indeed rebounded shortly after BitMEX went offline, and spot trading at other exchanges took over the lead in price discovery.

“The take away is things like bitcoin and many other cryptocurrencies will almost never take off as a currency when we created things like 100x leveraged longs and shorts,” one user wrote on Reddit under the headline “As soon as BitMEX went offline for trading the price rebounded around 52% on other exchanges.”

Additionally, another Reddit user also shared a video of the BitMEX trading platform “freezing” in the midst of the trading frenzy yesterday, saying “This is pretty crazy, but BitMEX markets stopped…”

BitMEX is well-known for offering highly leveraged futures contracts on bitcoin and other major cryptoassets, which often leads to a flurry of liquidations during large market moves.

And for those who pay attention to BitMEX liquidations, yesterday was perhaps a day above all others to remember, with more than half a billion US dollars liquidated in just one hour on the exchange. However, total liquidations surpassed USD 1 billion.

The massive liquidations did not go unnoticed in the community either, with the noted economist and crypto trader Alex Krüger tweeting “This now happening in crypto is how true liquidations look like. That’s all one needs to understand. And it is 100% driven by coronavirus.”

“As we have just experienced a market-wide panic possible to high leverage used by some market participants to “FOMO” into the market at the beginning of the year to buy the expectation of bitcoin halving, created a cascading effect when the market panics. [This] market plunge is driven by strong irrational behavior translating to an immediate downside reaction and drying up the market buy-side liquidity very quickly,” Johnson Xu, Chief Analyst at TokenInsight, a token data and rating agency, told Cryptonews.com yesterday.