Home Cryptocurrency Andrew Yang’s Out, Who’s the New “Crypto Candidate” for US President? 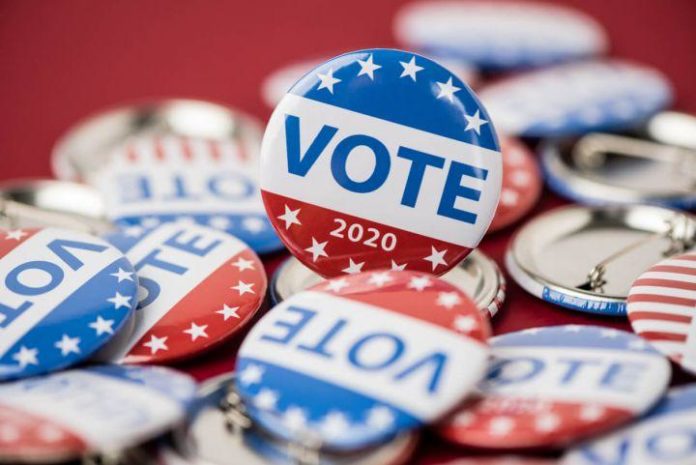 Andrew Yang emerged as a popular presidential candidate in the crypto community after making several very clear crypto-positive statements in several interviews. On February 11, however, Yang dropped out of the presidential race, leaving somewhat of a void for another potential “crypto candidate.”

In this article, we will introduce you to presidential candidates, who could potentially have a positive impact on the cryptocurrency and blockchain industry should they be elected president in 2020.

Arguably, the biggest “crypto hopeful” among the democratic party presidential candidates is former New York Mayor Michael Bloomberg. Not only is he a successful entrepreneur and business-friendly candidate who is more likely to create an environment where companies can thrive but he is also the only candidate who has directly and concretely addressed the topics of cryptocurrencies.

In his proposed financial reform plan, Bloomberg stated: “Cryptocurrencies have become an asset class worth hundreds of billions of dollars, yet regulatory oversight remains fragmented and underdeveloped. For all the promise of the blockchain, bitcoin and ICOs [initial coin offerings], there is quite a lot of hype, fraud and criminal activities.”

As a result, Bloomberg plans to “work with regulators to provide clearer rules of the game.”

Moreover, his financial data, software, and media company, Bloomberg, was one of the first legacy financial industry players to support cryptocurrencies on its market data platform in 2013. Since then, it has expanded its digital asset offering to include media coverage, pricing solutions, and an index.

Rep. Tulsi Gabbard from Hawaii also makes our list of crypto candidates because she is one of the few U.S. lawmakers that actually have invested in digital assets.

According to a financial disclosure form, Gabbard invested in between USD 2,000 and USD 30,000 in Ethereum (ETH) and Litecoin (LTC) in 2017, which would suggest that she understands the value of cryptoassets and their disruptive nature.

Therefore, we would be more likely to see crypto-supportive than destructive policies from President Gabbard.

Former Vice President Joe Biden has not made crypto-specific comments that would suggest that he could be a “crypto guy.” However, he does have Bitcoin supporters in his camp.

The Public Action Committee (PAC) that campaigned for him to run for president in 2016 started to accept Bitcoin donations back then, which was “in keeping with Vice President Biden’s strong support of technology and innovation throughout his career,” according to the group’s director, Joseph Schweitzer.

While he does not have the same “crypto caliber” as Bloomberg and Gabbard, if (some of) the money behind Biden is pro-crypto, we could expect to see more crypto-positive than negative policies coming from a President Biden.

While Bernie Sanders may be a thorn in the eye of libertarian and conservative Bitcoiners, his presidency could actually play out to be Bitcoin-positive, which is why he made our list of “crypto candidates.”

As a self-proclaimed democratic socialist, Sanders’ state-heavy economic policies could push more people towards Bitcoin and other cryptoassets.

Crypto analyst Tone Vays said back in 2016 – when Sanders ran for the presidency the last time – that he believes a U.S. President Sanders “will be amazing for Bitcoin.”

“Many feel that with his attempts to legalize drugs that Bitcoin may use a lot of utility. However, with his borderline communist views on taxes, Bitcoin will thrive as a way of protecting your money from the extortionists and should become the conduit to transferring wealth across borders,” he added.
__

Whether Bloomberg will gain support from the broader crypto community in the U.S. or whether crypto users will vote predominately based on their political views as opposed to a candidate’s take on crypto remains to be seen. What is an overarching positive for crypto adoption, however, is that (most) U.S. politicians have recognized that cryptoassets are here to stay.