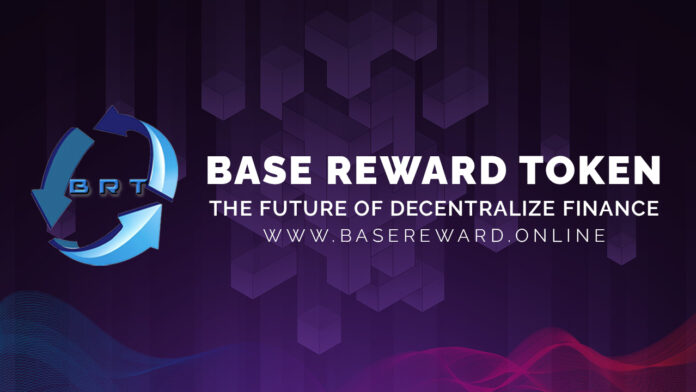 Base Reward, an all-in-one Defi solution is set to start its IDO program with its partner DODO (https://dodoex.io). DODO is a liquidity protocol powered by the Proactive Market Maker (PMM) algorithm and built for capital efficiency. The IDO whitelisting will be live on 30th August 2021 and will raise $300,000. Join Base Reward Token community for more detail.

Decentralized finance was once a promising idea; now, it is a reality. DeFi is leading a movement that is leveraging cryptocurrencies and blockchains to transform the outdated traditional financial systems into more efficient and inclusive systems without an intermediary.

There are a few rewarding projects that truly reward customers for their every single usage or loyalty. There is often no connection between users and the company; customers rarely feel valued by the company or rewarded for contributing to the company’s growth, particularly in AFRICA.

That is where Base Reward steps in.

Base Reward is an African blockchain startup in Cameroon that combines cryptocurrency, blockchain technology, and various businesses to form a single ecosystem ( Base Reward Ecosystem) in which customers are rewarded for their loyalty in their native token (Base Reward Token) and can become stakeholders who share in revenue, participate in decision making, and grow alongside the project as customers.

Base Reward Token is a DeFi token. It intends to reward its holders with 60% of the ecosystem fees through liquidity provision, with tokens being burned in the process (Buy Back and Burn).

Using the proof of stake protocol at its core, token holders can mint more tokens by staking their reward or purchased token. The minting process is similar to bitcoin mining pools, so holders accrue reward  according to their percentage of the total token in the staking pool.

According to project whitepaper tokenomics, there will be a total of 12 million tokens, with 3,650,000 Tokens set aside for staking on their smart contract. Users will receive approximately 5000 Base Reward tokens per day based on their token stake in the staking pool. Interestingly, the token rewards will be halved once every year for the next 25 years, transforming it into digital GOLD.

Some of the key features of the Base Reward ecosystem include,

Base Reward token will be a super deflationary token from its design and concept.

THE BASE REWARD ECOSYSTEM

The Base Reward ecosystem is a collection of various DeFi protocols and services which will exist as the token backbones and propel the project in reaching its objectives in becoming Africa’s Bitcoin.

Users will be able exchange cryptocurrencies in 3-15 minutes, cross blockchains, P2P and SWAP at the lowest market rates, and earn rewards for every trade or swap made.

Debit cards (virtual and physical) Reloadable with CRYPTO and FIAT currencies. The card will bridge between price and bureaucracy, reaching out to the millions of unbanked people in Africa and the rest of the world, also making access to banking solutions simple and inclusive.

According to Statista, the total value of e-commerce in Africa reached $16.5 billion in 2017 and is expected to reach $29 billion by 2022. They intend to capitalize on the young market to become a titan in the field of P2P e-commerce marketplaces by utilizing the full potential of crypto and blockchain.

Their journey to building begins with Base Reward Wallet, a non-custodial Defi wallet for crypto Holdings, Swapping, Dapping, Trading, Shopping, Banking and Rewarding.

To learn more about Base Reward Token visit basereward.online

FileMax: The Advantages and Ambitions of Decentralized Storage in the Era...