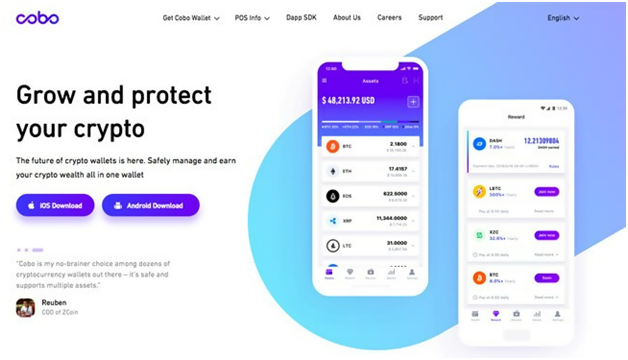 NEO is one of the most promising cryptocurrencies, which attract the attention of both aspiring and seasoned investors. Since 2017, NEO has gone through significant changes of highs and lows. At the time of writing, the cryptocurrency is valued at $9.85 USD on CoinMarketCap. If you are looking into trading for NEO coins, it is only natural that you keep them in the best NEO wallets.

We know that NEO users may struggle with various challenges, such as lack of knowledge on which are NEO’s best wallets to use. Here is a list of safe and secure NEO wallets, which investors can trust with their holdings. 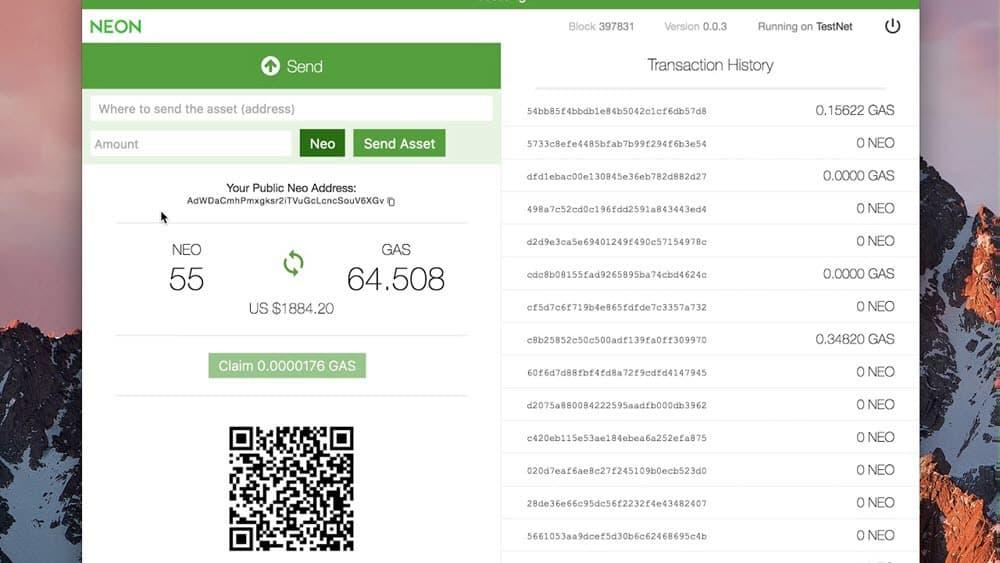 Ease of use: Easy to use

The NEON wallet is one of the best NEO desktop wallets, ideal for sending, receiving, and storing both NEO and GAS. Importantly, this wallet allows users to claim their automatically generated GAS, as long as they hold NEO’s in their wallet. With this one, there is no cause to worry about the security of funds since the private key never leaves the device. Therefore, the user has full control over the funds. The NEON wallet has the full support of NEON developers, which clears it to be 100% safe for users. The device is available on Windows, Linux, and Mac operating systems — but in English only.

The setup is equally easy, as users can simply download the device and install it on their computers. Once downloaded, the private key never leaves the user’s computer nor does it pass through any third party. However, users need to be keen about any bug or malware at the time of downloading to eliminate any chances of hacking. While the wallet is not a creation of NEO’s developers, they have reviewed it and declared it safe for the network and its users. 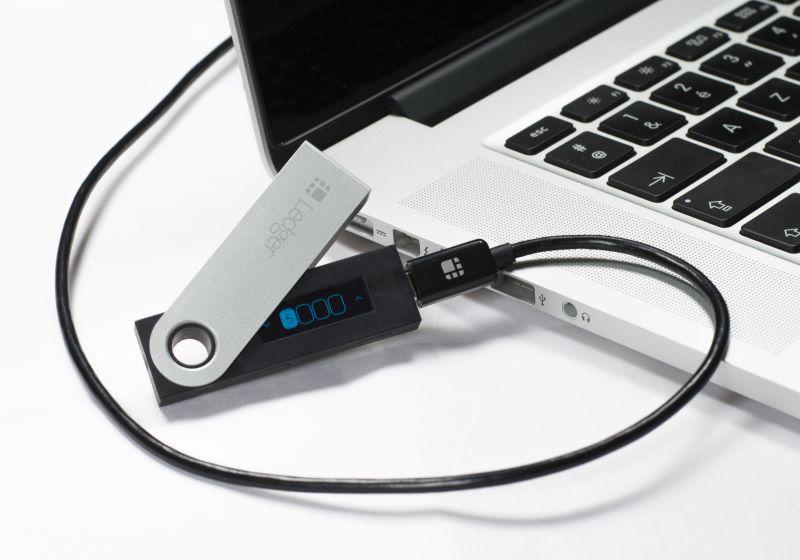 Ease of use: Easy; supports Windows, Linux, and Chrome OS

The Ledger Nano S Wallet is arguably the best hardware wallet in the market. The wallet, which declared its support for NEO in the final quarter of 2017, is ideal for users who intend to hold their NEO coins for mid or long-term, away from the prying eyes of cybercriminals. It works together with the NEON wallet, so users can claim their earned GAS tokens using the Nano S and NEON combination – as it’s the safest and most secure users can imagine.

Best of all, users with this combination don’t have to enter the private key or keep it on their computer. This greatly minimizes the chances of hacking. Besides, no one can send NEO or GAS unless he or she has access to the user’s Ledger Nano S hardware device.

Another advantage of the Ledger Nano S is the ability to accommodate more than 30 other cryptocurrencies. The wallet is easy to use, with only two buttons and an OLED screen that is easy to navigate. Users simply need to press the two buttons simultaneously to confirm any purchase, and this eliminates any possibility of hacking. Importantly, the wallet also comes with a secure PIN as an additional layer of security (2FA). 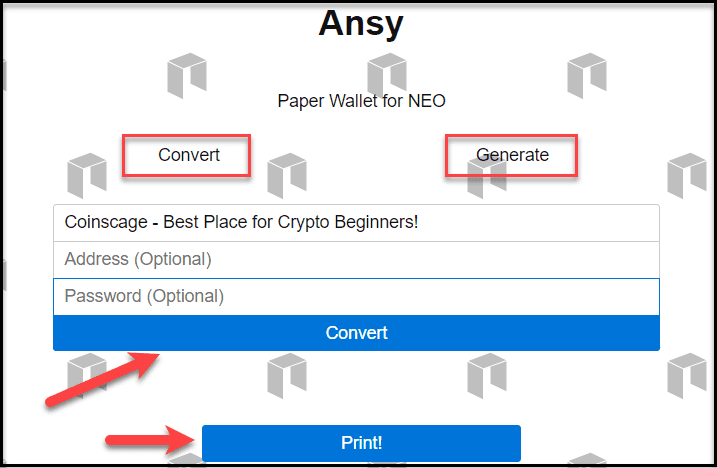 Safe: Safe (as long as the paper is safe)

Another option for NEO users is the paper wallet, simply a piece of paper on which the user writes both the public and private address. With the public address available, users can send any amount of NEO to this wallet. The private address also allows users to spend their tokens. Both keys remain offline, in the safe custody of the owner’s choice.

As long as the paper is secured and safe, there is no threat. A paper wallet is ideal for storing both NEO and GAS tokens. However, users cannot claim the GAS-generated tokens through this type of wallet. The paper wallet can be generated through browsers like Chrome or Edge. At the time of writing, the wallet is available in English only.

The best thing to note about the Ansy paper wallet is that the user is the sole custodian of the public and private keys. As long as the wallet stays in a secure location, the coins remain safe. Some of the best places to store a paper wallet include a fireproof safe or a lockable drawer where only the user can access — but this depends on anyone’s choice.

NEO wallet is one of the options to consider for users looking for something intuitive and simple. The light API-based wallet comes with a user-friendly interface that makes it easy for users to track their transactions easily. Both seasoned and novice users can effortlessly handle the wallet.

Developed by the NEO community, users of the NEO wallet can be sure that all the information they send is encrypted for absolute security. This makes it one of NEO’s best wallets to consider. The web-based wallet is also very light, fast, and easy to use. In terms of security, it’s among the safest, given that no information goes into its servers. As a user, your wallet file remains on your device, which means all your NEO funds, as well as your private key, are safe.

With the NEO wallet, users can back up their wallet to help it remain safe. Just as the NEON wallet, this one gives users the opportunity to store and exchange their NEO and GAS assets. The NEO wallet is currently available for web browsers like Chrome (Google) and Edge (Microsoft). Besides, it supports only Chinese and English languages and will soon add more browsers to its system. Importantly, the wallet enables users to claim GAS generation for holding their NEO tokens. 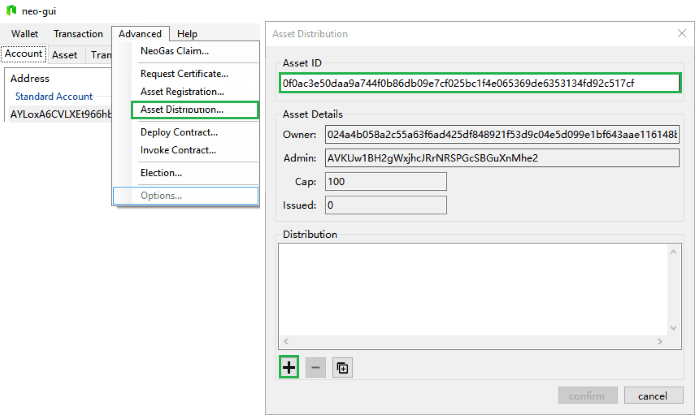 Developed by the NEO community, the NEO GUI is the official desktop wallet for NEO holders. It works through a Graphical User Interface (GUI). Since it’s a synchronizing device, it takes a bit of time to blend with the entire NEO blockchain. Once the sync process is complete, users are able to create a new wallet, which is password-protected.

After that, they can back up the wallet by importing the private key in either HEX or WIF format. It’s important to note that users can save time for synchronization by downloading the already synchronized data of the NEO blockchain and copy the file directly to their client root holder.

Besides, the wallet is perfect for sending, receiving, and storing both NEO and GAS. Users can also generate GAS rewards for holding their NEO tokens. Currently, the wallet runs only on the Windows 7 Service Pack 1 and later versions.

NEO GUI wallet supports only English and Chinese languages and provides the best option for users who are not comfortable with the Command Line Interface (CLI). With its appealing interface, it’s easy to use for both novice and seasoned NEO enthusiasts. To crown it, the wallet is easy to set up and takes only a few steps. 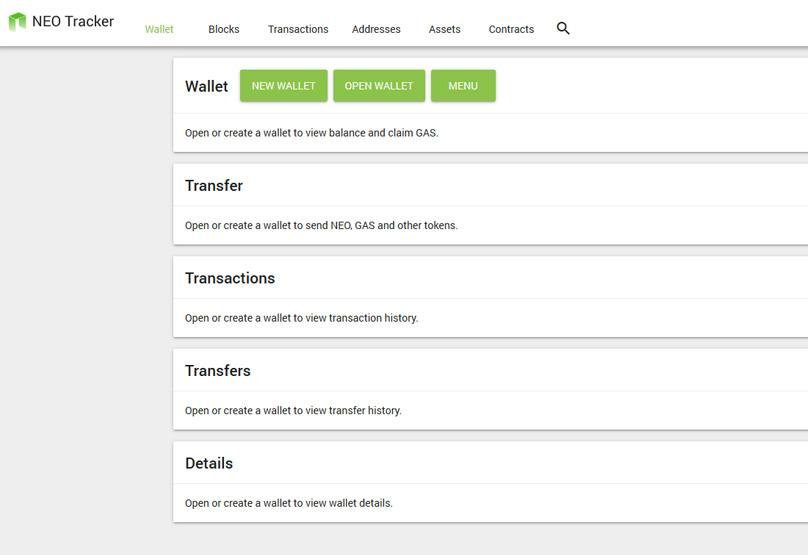 NEO Tracker is an open-source, web-based wallet that utilizes JavaScript. The device is user-friendly and ideal for sending, receiving, and storing both NEO and GAS. Users of this wallet can also claim GAS rewards for the amount they hold in NEO. It’s important to note that this is an official offline wallet that generates only necessary data with the PC’s browser. Nothing is stored on the wallet’s servers, which means the user fully controls the funds. While it’s not a product of NEO developers, the wallet implements best practices to ensure that users’ funds remain safe. After generating the wallet, users get a key store file, which they have to download to access their fully encrypted private keys. NEO Tracker is available for both Microsoft Edge and Google Chrome users.

Importantly, the product is easy to set up, as users only need to create one account for all the activities involved. They can view their transaction history, view their balances and claim GAS, as well as send and receive NEO, GAS, and other tokens covered by the NEO blockchain. 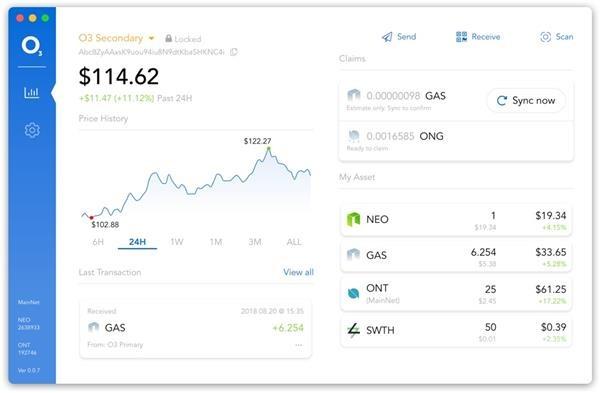 If you’re looking for a NEO wallet on the go, then O3 could be the ideal option. This wallet is applicable to the mobile network, supporting both Android and iOS devices. In the era of the internet, it is one of NEO great wallets, which enable users to view their transactions in the palm of their hands. The wallet is open-source, which means it delivers the highest level of transparency that is inherent in the blockchain technology.

The wallet supports most of the major operating systems and maintains regular updates on the NEO network. Besides, it gives users a high-level control over their digital assets. While the private key remains encrypted and stored by the Encrypted Key, users should ensure their devices are secure before they run the wallet to avoid any chance of attracting any malware.

It has an appealing and intuitive interface, which enables users to interact and manage their NEO coins conveniently. The wallet also accommodates all assets on NEO and Ontology networks including NEO, ONT, and NEP-5 tokens, and users can claim GAS and ONG rewards as well. Overall, it is ideal for both beginners and veterans, helping them to manage their NEO assets directly from their Android devices.

PR: Fabric Token Launches TokenGen 3.0 – The All in One Token Crowdsale Automation...