Home Cryptocurrency Bitcoin Hash Rate Grows Over 40% During The First Months Of This... 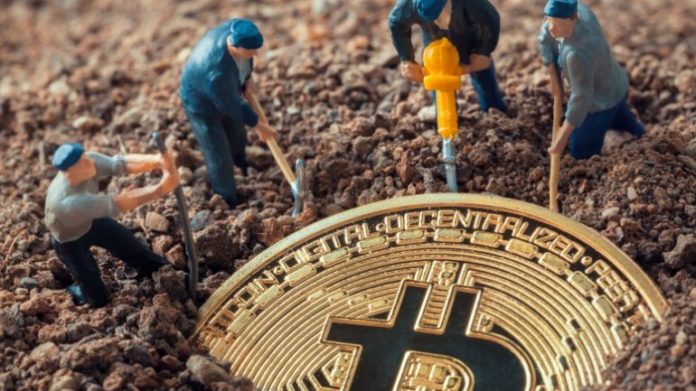 Bitcoin’s hash rate has been growing since the beginning of the current year after dropping at the end of 2018. After several months in which the cryptocurrency market has been recovering, hash rate has reached the largest value since October 2018.

As Bitcoin recovers from the bear market, the network’s hash rate continues to increase as well. According to data gathered from Blockchain.com, the hash rate for Bitcoin is currently close to 58 million TH/s. That means that Bitcoin’s hash rate is currently 6% away from its all-time high.

Back in September 2018, Bitcoin’s hash rate reached 60 million TH/s. A few months after, the hash rate of the network dropped close to 32 million TH/s. This happened at the beginning of December when Bitcoin fell to its lowest point in more than a year, close to $3,150. Miners were not able to be profitable with this difficulty and Bitcoin price level.

At that time, Bitcoin dropped from $6,000, a very important price level that worked as support throughout 2018. When it dropped, several miners left the market and the has rate fell sharply. Many individuals claimed that Bitcoin was going to be 51% attacked and that it could be easier than before for a group of miners to take control of the network.

After a drop in the difficulty of the network, the hash rate started growing once again. Since the beginning of the current year, Bitcoin’s mining power grew 31% from 44 million TH/s.

With an increased hash rate, Bitcoin becomes more secure than before, allowing users to be sure that the network will not be attacked by malicious miners. A few months ago, Ethereum Classic (ETC), also one of the largest crypto in the market, was 51% attacked.

Bitcoin’s network difficulty adjusts itself automatically in order to allow miners to operate in a more efficient way. When the price of the asset drops substantially and miners leave the network because they become unprofitable, the difficulty falls allowing these miners to enter the crypto space once again.

Arcade Token – Crypto Games all at one place.