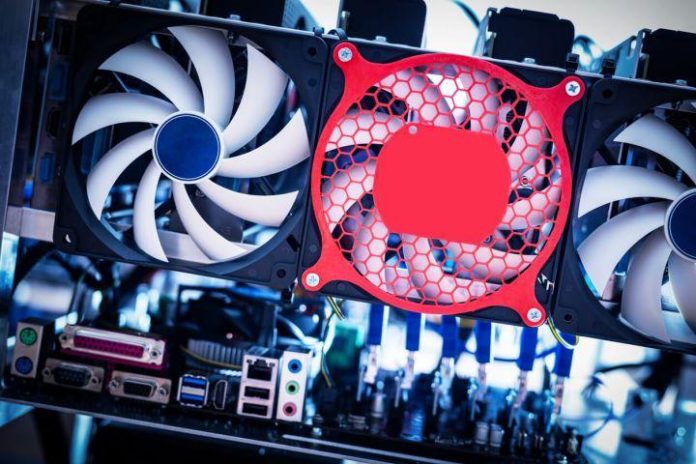 While the price of Bitcoin (BTC) is dropping, the mining difficulty and hash rate went up. This has led some market observers to believe that we may not see a mass miner capitulation yet. (Updated at 15:09 UTC: updates in bold).
When the price drops and mining revenues decrease, miners who struggle to earn profits are forced to shut their least profitable gear off. However, Bitcoin mining difficulty, increased yesterday by 1.99%, despite major Bitcoin mining pool BTC.com estimated that it might drop by another 5% after a 7.1% drop on November 8. Now, another increase by 1.14% is expected in two weeks, though these estimations are less likely to be accurate the further they are from the event. And while the hash rate, or the computing power of the Bitcoin network, increased c. 5% since November 8, the price dropped by c. 20% in the same period of time – all BTC’s monthly gains have been completely erased, turning back the clock to the pre-rally numbers. However, the hash rate is considered to be a lagging indicator.

“I think difficulty adjustment itself is a good sign, that means more calculating power involve in the BTC’s ecosystem. Indeed, it will bother Bitcoin miners that Bitcoin’s return cannot reflect its value, and it forced miners to quickly upgrade their hardware, which will be even harder for individual miners, more institutional investors will join the game. This is a game changer, will affect the mining industry,” Steve Tsou, CEO of RRMine, a Hong Kong-headquartered global Bitcoin hashrate asset management and trading platform, told Cryptonews.com, adding that “there definitely will be a unicorn level of hashrate institutional provider” and that “RRMine is aiming for that position.”

“What could be happening, and this is just a theory, is that some miners have begun to sell off some of their stash. During a bull market, like the one we had early this year, miners have a tendency to hoard their stash rather than selling it. This allows them to both take advantage of higher prices later on, as well as sending prices further up due to the lack of supply,” according to Mati Greenspan, Founder of QuantumEconomics.io.

“Given the price action in the last few days, if I were a miner with a stash, I’d probably consider selling at least some, if for nothing else than to keep the operation going. A situation like this could easily turn into a cold war that would force the cash weak miners out of the market,” he added.

In either case, after this week’s intense debate over the possibility of mass miner capitulation, some observers are suggesting now that there’s no such thing. “+2% difficulty adjustment: no miner capitulation,” says popular anonymous investor and Twitter user PlanB, but Twitter user Amrish replied to this: “Wouldn’t increasing difficulty, plus the recent crash in price to 7500 be a double whammy for the inefficient miners?”

“No miner capitulation,” says trader and economist Alex Krüger too. “Selling, yes, capitulation, no.” He goes to explain that were miners to continue increasing capacity at the same pace since May, without rising prices, then “market is likely to experience some sort of miner capitulation in coming months, either before the halving, or triggered by the halving.” However, he says, “that is ahead of us,” given that currently there has been increased miner selling – “yet this selling activity does not represent capitulation of any kind, as most miners are profitable given current prices and difficulty, particularly so on a cash basis (i.e. ignoring capex depreciation),” Krüger says.

Miner ‘light’ also commented on a thread by analyst Willy Woo calling it “an example of what happens when non-practitioners role play as market oracles,” adding that “It takes a logical leap with no evidence and the entire analysis collapses if that assumption is unstable” and “there is little visibility on miner behavior and the consequences of some machines being powered down.”

Meanwhile, as reported, Whinstone US, the owner of a Bitcoin mining site in Louisiana that recently merged with Frankfurt-based information technology company Northern Bitcoin, is currently building by far the largest Bitcoin mining facility worldwide with a capacity of one gigawatt on an area of over 100 acres (40 ha) in Texas.

The Next Generation of reflection token and deflationary to earn Durable FTM token on...

Get super benefits from Bitcoin Classic