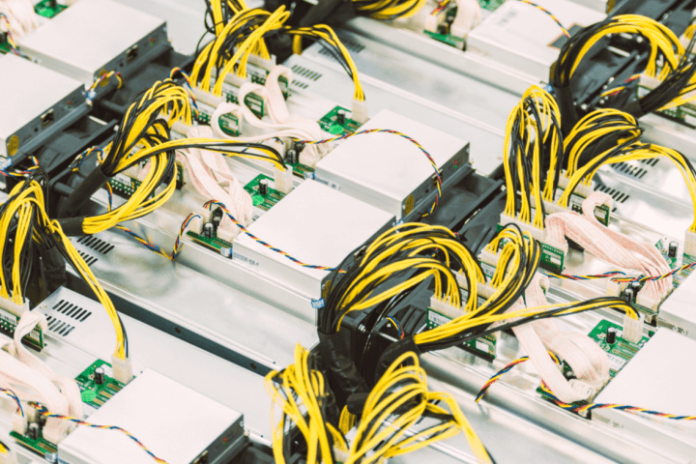 If so, this would bring the difficulty to 15.73 T, down from the 15.78 T recorded two weeks ago. However, the difficulty still might increase, as hashrate, or the computational power of the Bitcoin network, increased by 3.6% since the previous adjustment, reaching 116 EH/s (7-day moving average) on June 28.

Also, the mining difficulty of Bitcoin is adjusted every two weeks (every 2016 blocks, to be precise) to maintain the normal 10-minute block time. In the past two weeks, it has fluctuated between 7 and 14 minutes, while it was below 10 minutes yesterday.

This means that if there are many miners competing among themselves and propagating blocks in less than ten minutes, the difficulty of the next puzzle will be increased; if there are few miners and it takes them much longer to find a solution, the difficulty is decreased – both times just enough to keep block times at around 10 minutes.

This previous adjustment was the highest seen in two years. The last time the difficulty jumped more than that was in January of 2018, when it increased by 16.84%.

It was also the third Bitcoin mining difficulty adjustment since the halving in May.

This time around, however, it’s moving away from the 16 T level, reached only twice, pre-halving: in March and May this year.

Ethereum breaks up from previous trading range; Next major resistance at $271

Saudi British Bank Works With Ripple In Order To Improve Its...