Home News Bitcoin Rally Might Be Back To ‘Normal’ by April or ‘Sooner’ –... 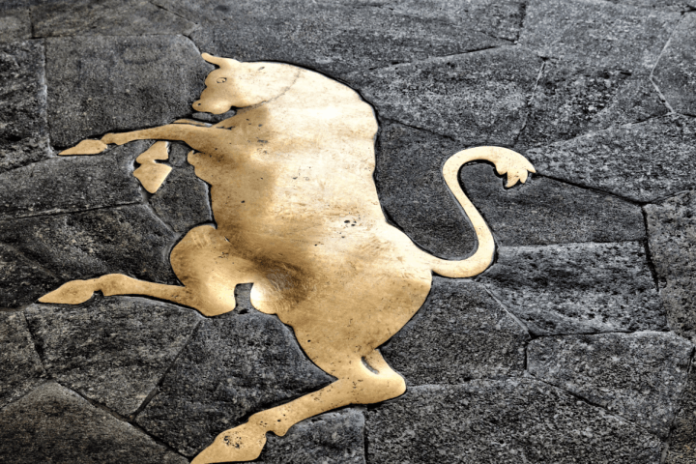 The bitcoin (BTC) market is still healthy, despite its recent selloff, which is usual for the bull runs in this nascent industry, according to Joey Krug, Co-Chief Investment Officer at major crypto investment firm Pantera Capital.

“I think, in terms of price action, things will be kind of back to normal by April, if not sooner. I think the market does sometimes take a little bit of time to let off steam. It’s not going to go up in a straight line,” he said during a panel discussion at the Bloomberg Crypto Summit yesterday.

“You know, in traditional finance a 30% to 40% pullback would be a massive bear market,” he added.

Similarly, BTC dropped by around 30% in January after surpassing USD 40,000 for the first time. It then struggled for a month trying to get above this level again, before suddenly rallying to almost USD 60,000, which was followed by massive liquidations of trading positions as futures traders became too optimistic and overleveraged.

Meanwhile, as for corporate investments in BTC, Krug said that “appropriate” allocation numbers might be “somewhere between 1%-3%” of cash reserves.

“And if [BTC] goes to zero – I think it’s incredibly unlikely at this point – but if it did, you only lose one to three percent,” which is a manageable risk for your business, according to the CIO.

Meanwhile, asked about bitcoin’s high volatility, Krug replied that it was actually a benefit in bitcoin’s favor.

Bitcoin is “a call option, and volatility is good for options,” he said. In options terminology, a call option represents a bet that prices will rise in the underlying spot market.

In contrast with Krug’s remarks, a recent survey of 77 finance executives released by research and advisory company Gartner showed bitcoin’s volatility was their top concern by a large margin, at 84%, when it comes to investing in this booming asset class.

However, per analysts at Man Group, the world’s biggest publicly traded hedge fund firm, bitcoin’s volatility is simply part of the price discovery in a new asset class, and these are not bubbles. This volatility is “part of a not-so-random walk that will eventually dwindle to give bitcoin more stability, and ultimately, legitimacy,” they said in January.

At the same time, one of the most bullish non-crypto companies, US-based software developer MicroStrategy has now spent over USD 2bn (including borrowed funds) on buying BTC and they’re planning to buy more.

“What MicroStrategy has done is really not that different than what the big insurer German industrialists did as they started to see the devaluation of the currency ahead of the hyperinflation. I’m not predicting that hyperinflation is going to hit. I’m just saying that that there is a historical analogy,” Caitlin Long, CEO and Founder of forthcoming US-based digital asset-focused bank Avanti, who also participated in the discussion, said.

According to her, the tech companies have huge cash piles and they really do need to start thinking about that cash as “an asset that may be burning a hole in their pocket.”
___

Some other points made by the participants of the panel:

Fiat currencies derive their values from the productive capacities of people and assets in the respective countries in which they are issued, while for bitcoin, it was “the productive capacity of all the people and assets in the world,” per Caitlin Long.
According to Joey Krug, bitcoin’s most powerful feature was that its “supply can’t be debased” and it already has a lower inflation rate than gold does.
Compared to gold, BTC is “highly transmissible. It’s programmable. It’s very easy to verify, prove ownership of some value. So it contrasts really favorably with gold along these dimensions,” Nic Carter, Founding Partner of blockchain-focused venture capital firm Castle Island Ventures, said, adding that bitcoin “has a potential to surpass [gold] as a monetary medium.”
Long noted that BTC “itself has evolved to be the base layer of a Bitcoin ecosystem.” “We have so-called layer two technologies like the Liquid Network or the Lightning Network that are built on top of that base layer where bitcoin itself is the base money. And then we have other technologies that are actually anchored to it,” she said.
Asked whether the advent of central bank digital currencies (CBDCs) could put bitcoin’s surge at risk, Carter said that one common denominator of these projects across the world was that they couldn’t guarantee the same transparency and privacy to their potential users as bitcoin. “I see bitcoin as starkly opposed in the objectives and the things that it permits you to do … from a CBDC,” Carter said. “While CBDCs may look cosmetically similar to bitcoin, it’s a completely different product. So I don’t really see them competing”.

The Adult Film Industry is All Set for a Revolution with the Launch of...