Home Cryptocurrency Blockchain and the Changing Face of Frontier Markets 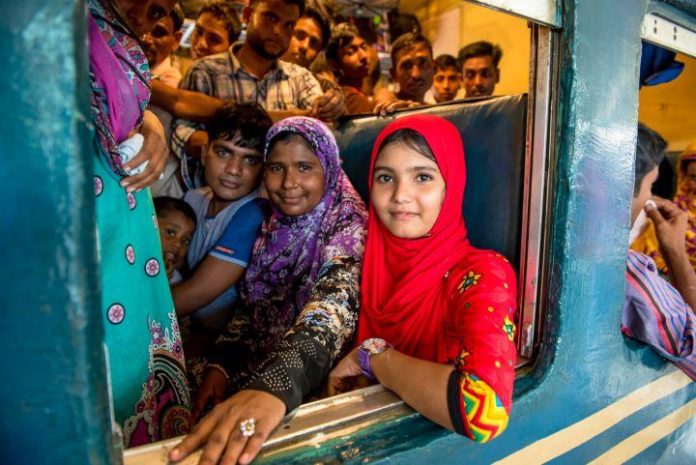 If you want to uncover hidden market gems, you need to look where others haven’t. And one of the places that my Gucci-loafer-wearing peers aren’t looking are frontier markets.

You’ve heard of emerging markets and perhaps you’ve even invested in them. But investors mostly ignore frontier markets. And boy, are they missing out!

Frontier markets are those countries that are less established and poorer than even emerging markets. But this could all be about to change, and soon.

That’s because widening adoption of the technology that powers the cryptocurrency universe — Distributed Ledger Technology (DLT), or blockchain — is set to bring attention to these overlooked markets because it is being used right now to include their citizens in the world’s financial system.

I’ll tell you more about this developing trend, and I’ll give you a few ways to help you get ready for it.

Frontier markets generally have small, undeveloped stock exchanges and currency markets. MSCI Inc. looks for a market to have at least a pair of companies worth USD 800 million each, and a willingness to consider foreign investment.

Most people probably couldn’t find half of those on a map. But with the right investments, you can tap into a world of undiscovered profits.

Frontier markets are small; real small. The market cap of all the stock of those 29 countries is only 0.3% of the global total.

For perspective, the market cap of emerging markets — such as Brazil and China — is 8.8% of the global total.

While frontier markets are small, the opportunity is not.

Just take a look at the sheer size of Africa: The U.S., China, India and several other countries would all fit neatly within the borders of the African continent.

With all that land, and all those people, there are plenty of opportunities.

Here’s why you should consider investing in frontier markets.

So, if the world’s biggest markets are going down, there’s only about a 50/50 chance that frontier markets will follow suit. This provides an extra layer of diversification and risk management for your portfolio.

Many frontier markets are associated with poverty. In some, only about 35% of households have electricity, and some 20% own a TV.

In fact, some 2 billion adults in frontier markets don’t even have a bank account. But what they do have, in increasing numbers, are smartphones and a willingness to use them as “mobile money.”

For the “unbanked,” Everex (EVX) is a blockchain startup that provides remittance services, microfinance and fiat-currency conversion.

But the beauty of blockchain is that its uses are far bigger than sending and receiving payments. The blockchain is also home to real estate documents and collectibles. Heck, it can even protect the very networks we are conducting transactions on.

Another company, CrowdForce, is trying to get the blockchain revolution into motion in frontier markets.

This Nigeria-based startup is working on an app called PayForce. It incentivizes trusted local retail agents in each community to offer financial services.

Remember, in this trustless, cash-based economy, many trusted retailers already provide a similar service to their communities.

This app would then allow those previously unrecognized in the economy to participate more actively. It would act primarily as a bank account but would also offer microservices such as managing bill payments, buying and selling cryptocurrencies, and hosting crypto-fiat exchanges.

By bringing this change through trusted individuals in each community, CrowdForce believes it can bring these frontier markets into the digital age and onto the world stage.

The PayForce Mobile App could also help solve the trust issue. Not only since a trusted member of the community is recommending it, but it uses blockchain, which is decentralized. Decentralization means there is no one person or government verifying transactions. And it means that all information is completely safe from hackers and other ne’er-do-wells.

Frontier markets are not without risk. In fact, they are more volatile than developed markets, can be politicaly unstable, have poor liquidity, have questionable financial/accounting reporting and sometimes see large currency fluctuations.

However, I believe that there are huge profits to be made in frontier markets. And I believe that blockchain will be instrumental in bringing them into the world economy with a solid foundation.

It’s not possible to invest in CrowdForce because it’s not publicly traded. And Everex gets an extremely low “E+” (or, “Very Weak”) grade from the Weiss Crypto Ratings.

But there are other ways to invest in frontier markets that come with far less risk. And you can do so from the U.S. stock exchanges you are familiar with.

If you are an ETF (exchange-traded fund) investor and are interested in frontier markets, there are three ETFs you should look at:

Harvard University Invested in Cryptocurrencies; Could This Attract More Investors?