Home Blockchain China clamps down on cryptocurrency speculation, but not blockchain development 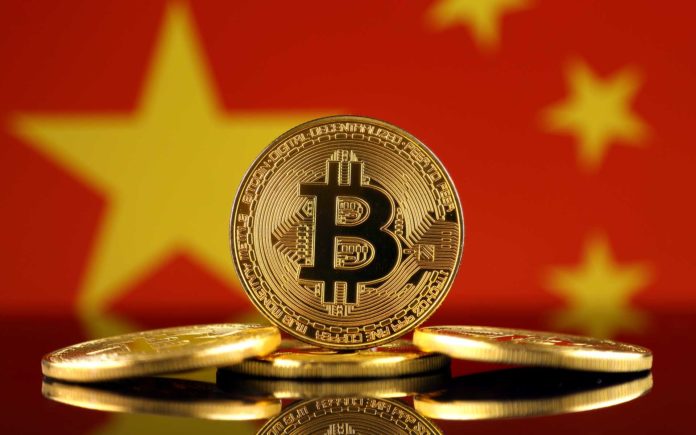 Post Views: 1,234
A man walks out of a bitcoin retail shop in Hong Kong.

Chinese authorities have stepped up their pressure on domestic cryptocurrency activity in the last few weeks.

While Beijing supports the development of the underlying blockchain technology, it is still trying to limit speculation in digital currencies roughly one year since banning their sales in “initial coin offerings.”

Blockchain technology creates a secure, basically permanent record of transactions between two parties, eliminating the need for a third-party intermediary such as a bank. Bitcoin is the first application of the technology, and hundreds of other cryptocurrencies have since emerged. Their prices skyrocketed last year as investors bet blockchain could transform the world as much as the internet did. While major companies and governments — including China’s — are testing the technology, it has yet to prove itself on a large scale.

At the same time, Japanese, South Korean and U.S. investors became increasingly interested in bitcoin, which hit an all-time high above $19,000 in December. Chinese blockchain projects sometimes moved their listed headquarters overseas, while development continued within mainland China. Trading among cryptocurrencies is still possible, while bitcoin can be bought with yuan through over-the-counter markets.

The persistent speculation has not gone unnoticed.

On Aug. 24, five government bodies — the People’s Bank of China, the Banking Regulatory Commission, the Central Cyberspace Affairs Commission, the Ministry of Public Security and the State Administration for Market Regulation — issued a warning about risks from illegal fundraising under the guise of “blockchain” and “cryptocurrencies.” The announcement also called out those who used overseas servers while targeting Chinese investors.

The Chinese government wants to maintain financial stability, and will regulate activity such as soliciting money from ordinary people for investment, according to Jack Lee, managing director at HCM Capital. The company is an investor in many blockchain projects and the private equity arm of Foxconn, best known as Apple’s iPhone manufacturer in China.

HCM doesn’t expect regulators to ease restrictions around cryptocurrency investing even though the government has embraced blockchain technology, Lee said.

In a speech in May, Chinese President Xi Jinping called blockchain a “breakthrough” technology. The Communist Party also published in August a book whose title translates roughly as “Blockchain — a reader for cadre leaders.”

Several local governments including that of Hangzhou — home to tech giant Alibaba — Shanghai and Nanjing have announced blockchain investments. That makes for a total of about $3.57 billion since 2016, according to estimates published Aug. 28 on news site SupChina by Miryam Amsili, a member of the global development team for Shanghai-based Neo Blockchain and a graduate student at Peking University.

BlockVC, which counts Beijing among its main offices, is investing in 40 to 50 blockchain-related projects, according to Mingxuan Li, its chief operating officer and co-founder. He said the company’s focus is more on underlying technological development.

Anecdotally, he said, it’s typical for a Chinese person to have one or two friends involved with blockchain and that they will not hesitate to try to convince you to join them. As a result, he said he thinks the development of blockchain will spread rapidly in the country, especially since China’s large population offers the opportunity to test applications at scale.

Cryptocurrency prices have dropped sharply from their peak late last year and early this year. But they have remained relatively steady despite the flurry of Chinese government announcements, pointed out Feng Jun, who co-founded cryptocurrency news website Hecaijing last year in Beijing. To many, it sounds like more talk than action so far, he said.

Bitcoin’s price against the dollar lost 9 percent last month and was trading around $7,255 Monday evening New York time, according to CoinDesk’s bitcoin price index. That’s up from an August low below $6,000.

Megramus – The token that converges innovation with community well-being