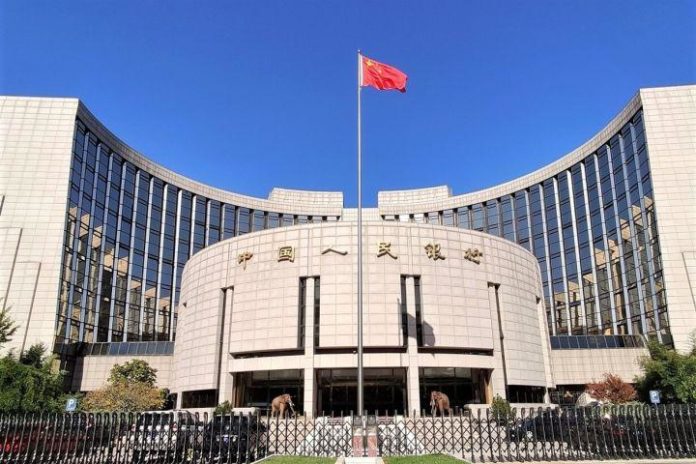 The People’s Bank of China (PBoC) has issued some USD 2.8 billion worth of blockchain-issued financial bonds to small business loans in China.

Per reports from Xinhua and Naeil Shinmun, the central bank says that it used its “own independently developed blockchain bond issuance system” to issue the bonds on December 3. The PBoC added that its platform is “the nation’s first bookkeeping system based on blockchain technology.”

Xinhua says that the bonds in question are a “two-year fixed-rate offering with a final coupon rate of 3.25%.”

The PBoC has been stepping up its blockchain and fintech drive in the past week. According to media outlet 21st Century Business Herald, the PBoC has been working with government agencies and regulators to create guidelines for bodies charged with supervising fintech-related pilot projects.

The same media outlet reports that the PBoC is on the verge of a breakthrough in its ongoing quest to issue digital letters of credit. However, Chinese industry insiders are divided on the question of whether or not the project will make use of blockchain technology.

Previous PBoC and private-sector attempts to issue digital letters of credit have made use of the technology underpinning cryptocurrencies, but one expert quoted in the newspaper says the PBoC’s latest drive will instead make use of other IT solutions.

And another Chinese expert has made remarkable claims about the speed of the network the country’s forthcoming digital yuan will be operating on.

The Global Times quotes Yang Wang, a senior research fellow with the Fintech Institute of Renmin University of China, as stating that the digital fiat, named DC/EP, will have “a peak transaction-per-second (TPS) speed of about 220,000.”

“In terms of technology, China’s digital currency excels, whether in its security level or speed, which means it will surpass competitors in user experience.”

What makes social tokens like FaceDAO valuable and how users benefit...

$ET price increased by nearly 100 times after listing, rising the...