Home Cryptocurrency Coinpaprika Bets on its Mobile-only Product, Will Look For Investors 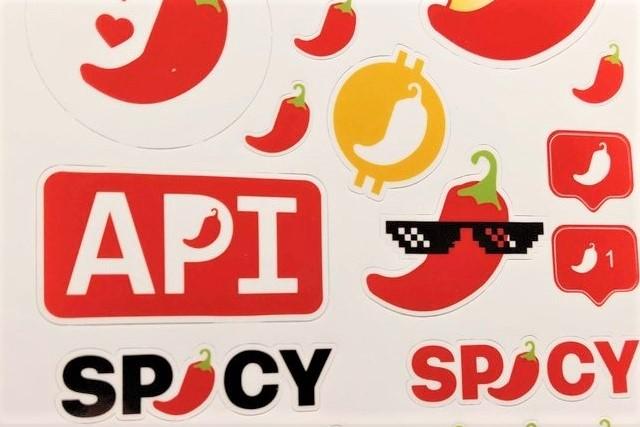 While “Coinpaprika is and will remain completely free with all its functionalities” explains Grzybkowski, “COINS will have features that are going to earn us some money.” The business model for this new product will be disclosed soon, he adds.

The CEO says that they’re aiming at casual investors for COINS, those who discover interesting projects and invest in them directly. “Having only a mobile experience also secures our future development for eventual improvements”, he adds, noting that it will not be available for desktop users.

“The most important thing we discovered through our one year of existence”, explains Grzybkowski “is the fact that cryptocurrencies are a mobile-driven industry.”

The unspecified internal financing round to launch the COINS and present it to the world is closed. “In the future we definitely will be looking for investors in further rounds to scale up and set up global strategic development,” the CEO said without specifying.

Grzybkowski emphasizes that COINS is not simply a Coinpaprika mobile version, but a separate, much bigger product in which “Coinpaprika will make up only about 1/4 of all the functionalities.” The app will connect four pillars, as the CEO explains:

Discover – the whole Coinpaprika will be available on users’ mobiles.
Store – they will provide a wallet, secured with users’ biometrics, which can be used to send, receive, and swap coins.
Swap – COINS will function like a non-custodial exchange and will enable people to exchange their cryptocurrencies into another. About 100 coins will be initially launched, but “in the end, we want to have every crypto that is visible at Coinpaprika covered.”
Portfolio – people will be able to build up portfolios, track the movements, set alerts, but also compete with other people’s coin collections, see how they are doing and copy those builds.

This crypto research platform is aimed at both professionals and beginners, says Grzybkowski, but it’s not a finished product yet, as it requires more data.

“Right now, I would say it is ready at about 75%”, he says. Their focus is on analyzing order books and displaying that data in nearly real time, but the data they get comes directly from exchanges. “It is our data”, says the CEO, “and that puts us in a specific position, where we do not rely on one external supplier, but we have over 300 of them, as this is how many exchanges are actively connected right now.”

Among other things, the company will also focus on:

Delivering more info: “Gather and display so much data, that you will be able to compose a report [about the market] from most up-to-date information immediately.”
Combating the wash trading problem: Grzybkowski says that after their new methodology is fully implemented, the platform will get rid of about 90% wash-trade volume. To implement it though, they still need a few exchanges to provide API endpoints. “This process is slow, as not every exchange wants to help us with this issue.” Now, the platform works with liquidity first, finding it the factor that reflects the condition of exchange the best; they look into the order books, and the volume reported on every market, and compare one to another. There are consequences for transgressing exchanges as “once the measure reaches the “suspicious zone,” it is tagged as an outlier, and therefore we hide it from overall rankings.”
Onboarding: launched in April 2018, Coinpaprika had 1.67 million visits (according to Similarweb) in June is “growing organically at the rate of about 10%-15% per month”, so it’s possible it’ll reach 3 million by the end of the year, the CEO finds. (In comparison, in June, other major players such as CoinMarketCap (founded in 2013) and CoinGecko (founded in 2014) had 78.31 million and 12.63 million visits respectively.)
Meanwhile, other major crypto market data providers are also looking for ways to bolster their businesses. For example, CoinGecko is looking to get into the non-fungible token (NFT) space, while CoinMarketCap among other things launched a block explorer and their merchandise shop.

Banks Around The World Announce New Fiat-Pegged Crypto For Settlements