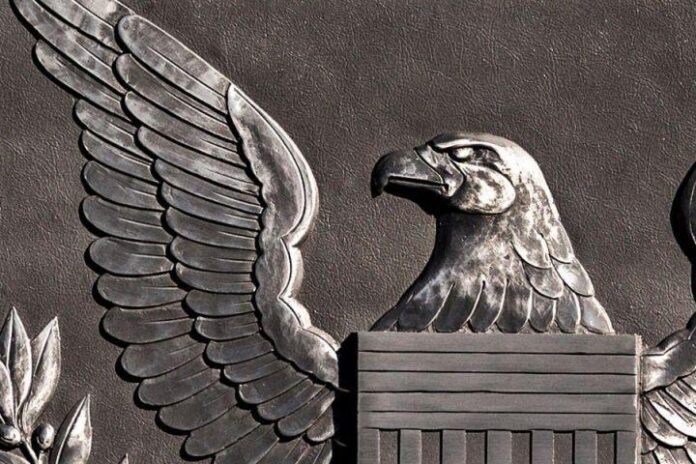 American President-elect Joe Biden could be set to unleash the regulatory hounds once he takes power in January – with an expert warning, “There will be a new [regulatory] sheriff in town, and they won’t be friendly to business.”

“When potential candidates start emerging, we are eager to hear whether they would plan to continue his conservative approach on issues such as the approval of a Bitcoin ETF as well as the coordination of a coherent regulatory approach to DeFi, a relatively new vertical that we expect regulators under a Democratic administration to carefully scrutinize,” financial services platform BitOoda said in a note to their clients today, commenting on possible changes in the US Securities and Exchange Commission (SEC).

And while there are no official names announced, speculations are already starting to appear.

Biden’s election could potentially spell a change of the guard for the American financial regulator, the SEC, labeled a “divided agency” whose “chairman [Jay Clayton] and accommodating approach to big business will likely soon be sent packing” by the author of an analysis piece for Law360.

Law 360 quotes Nick Morgan, a partner at Paul Hastings and a former SEC senior trial counsel, as stating that Clayton is likely to be shown the exit door once Biden takes power, perhaps instead looking to appoint Preet Bharara, the former Attorney for the Southern District of New York, labeled the “most dangerous man in bitcoin” (BTC) back in 2014.

In a 2014 interview with Fast Company, Bharara stated,

“Nobody is suggesting there’s something inherently bad about bitcoin. When you have a ­currency like this that gives you anonymity, it stands to reason that some people legitimately want privacy. That’s fine. But there are going to be a lot of bad guys who want to steal your money or sell people poison who are going to take advantage of the same technologies. That’s what we have to be vigilant about.”

Back then, he added that more crypto scrutiny would “make sure” the scene “doesn’t become a Wild West for criminal activity.”

Meanwhile, back to 2020, Morgan added that Biden is likely to show he is “tough on Wall Street” by appointing Bharara, labeling the latter as “a likely candidate.”

Howard Fischer, a partner at Moses & Singer and also a former senior trial counsel for the SEC, also told Law360 that the Biden administration’s SEC “will be better funded and would hire more exam and enforcement personnel,” and added,

“You are likely to see a more aggressive enforcement division under Biden.”

BitOoda also mentioned that early indications are that Fed Reserve Governor Lael Brainard is the frontrunner for Treasury Secretary.

“We would consider her nomination as bullish for the space, given her strong role in the Fed’s CBDC efforts to date and her understanding of digital assets,” they added.

Also, former Commodity Futures Trading Commission (CFTC) Chair Gary Gensler, who is “pro-crypto and blockchain-savvy,” “is in line for an advisory position overseeing the financial sector.”

Projecting the trajectory
“Biden’s choices for key posts will have a significant impact on the trajectory of the US digital asset regulatory landscape. We have seen the acceleration of regulatory initiatives in the past few months across US agencies and would not expect a reversal of the progress made in areas such as enforcement against unregulated platforms operating in US markets,” according to BitOoda.

Last month, the SEC announced a settlement with Canadian social media startup Kik Interactive and charged John McAfee with violating antifraud provisions of the federal securities laws, among other violations. Also, in May 2020, Telegram and its owner Pavel Durov officially sounded the death knell for the company’s Telegram Open Network (TON) blockchain platform and its Gram token after they lost a battle with the SEC.

However, in June this year, Galaxy Digital founder Mike Novogratz opined that a potential leadership shuffle at the SEC would make a bitcoin-backed exchange-traded fund “more likely” to be approved.

“Come January, Biden will have the opportunity to immediately begin reshaping financial regulation by installing new leadership at the Consumer Financial Protection Bureau, which has been instrumental in advancing industry-friendly policies during the Trump administration that have infuriated Democrats and consumer advocates.”

However, Hill claimed that a revolution would not take place overnight, adding that while “Biden might be able to install new leaders at some of the financial regulators, […] much of the regulatory apparatus will remain stocked with Trump appointees for the time being,” with some key regulatory chiefs’ terms not due to expire until 2023.

Meanwhile, BitOoda offered three regulation-related takeaways after the President-elect was announced on Saturday:

“Neither the President-elect nor the Vice President-elect have made any direct statements regarding their views on Bitcoin or cryptocurrency; therefore, we assess the key drivers of US digital asset policy in the next administration will largely depend on those appointed to key cabinet and agency leadership posts.”
“Given the trajectory of the pandemic and the resulting impact on the broader economy, we doubt crypto will be a high priority in the new administration’s first year. Likewise, with at least some turnover in Congress, we would be surprised to see real movement on any of the legislative proposals that have been introduced to date.”
“The outcome of the battle for the Senate will impact the size and timing of the next pandemic stimulus package and other economic recovery decisions, which obviously will influence broader market trajectories to include digital assets. We are in wait-and-see mode in terms of the details of the new administration’s economic response plans and how they may affect crypto markets and prices.”

This Major Airline Bets on Crypto Payments as Means to Increase...