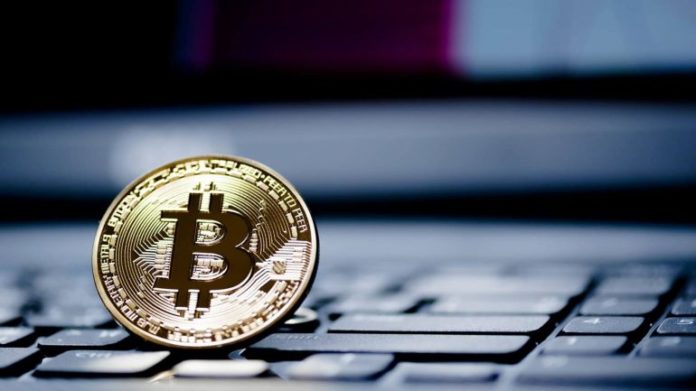 There are different central banks around the world that are taking very aggressive monetary policies in order to boost their economies. A few days ago, the Chairman of the U.S. Fed, suggested they could be lowering interest rates in the near future. Meanwhile, Mario Draghi, the president of the European Central Bank (ECB) has pushed for lower rates as well.

Jim Reid, a multi-asset research strategist at Deutsche Bank, explained that the recent move in Bitcoin could have been driven by Facebook’s new crypto project and by a weakening US dollar around the world. Reid said that during a recent interview with CNBC.

During his speech on Tuesday, Fed Chairman Jerome Powell, said:

“The cross-currents have re-emerged, with apparent progress on trade turning to greater uncertainty and with incoming data raising renewed concerns about the strength of the global economy.”

This shows that the Fed could move towards a quarter-point rate cut during July saying that “an ounce of prevention is worth more than a pound of cure.”

Facebook announced a few days ago a new digital currency project that aims at helping users individuals around the world have access to financial services. In addition to it, users will be able to make purchases paying using the Libra cryptocurrency.

In the past, before Bitcoin’s price increase to $20,000, Reid explained that the use of virtual currencies should be promoted around the world. Individuals are losing faith in central banks’ ability to control fiat currencies. This is the case of Venezuela, Argentina or Zimbabwe, that their governments took very harmful monetary policies during the last years.

However, Reid accepted that there is speculative investment in virtual currencies and that there is expected to be a new universal competitor of paper money.

In the matter, Reid commented:

“Although the current speculative interest in cryptocurrencies is more to do with blockchain technology than a loss of faith in paper money, at some point there will likely be some median of exchange that becomes more universal and a competitor of paper money”

Bitcoin has been expanding during the last months after bottoming close to $3,200 in December 2018. Now, the virtual currency has just surpassed $13,700 for a brief period of time before falling to $12,000 in just a few minutes. At the time of writing this article, CoinMarketCap shows that Bitcoin has a market cap of $219 billion.

A group of South Korean companies, including a subsidiary belonging to the software giant Hancom is set to launch a DeFi (decentralized finance) project...

Racing ethereum (ETH) prices have seemingly failed to impress Chinese crypto users, with interest in the token – as well as blockchain technology –...

Big American companies like MicroStrategy have made the headlines this year with their bitcoin (BTC)-buying policies, but companies in Colombia may be set to...

Nischal Shetty Talks to Crypto-News India On WazirX Being Listed on...