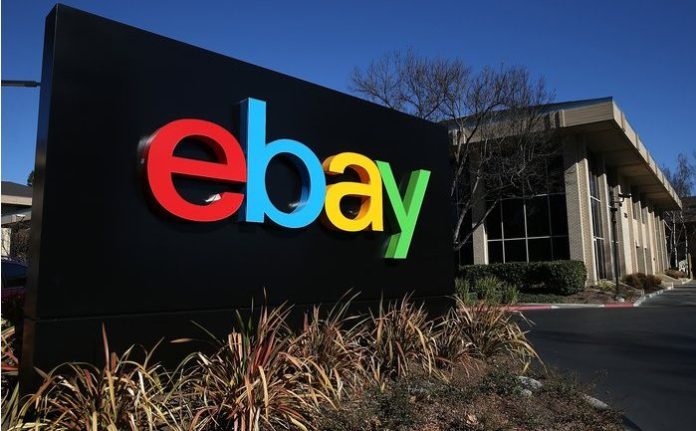 eBay has denied the rumours that circulated on the internet and media a few days ago regarding the addition of crypto payment methods to its platform. The information was released by Bloomberg on May 14. The company placed ads at Consensus conference in New York City that said “Virtual Currency. It’s happening on eBay.”

A few days ago, we wrote that the e-commerce giant sponsored the Consensus conference. eBay place billboards in which they promoted digital asses such as the one mentioned before. The cryptocurrency market was very enthusiastic about these rumours that could have allowed virtual currencies to reach new users.

It is worth mentioning that eBay has a section that is called Virtual Currency in which users are able to purchase digital assets from sellers. This can be linked to the billboards placed at the Consensus conference and that aim at attracting new buyers and sellers to the platform.

At the same time, there was a tweet a few weeks ago related to TD Ameritrade testing digital currencies such as Bitcoin (BTC) and Litecoin (LTC). In this case, the tweet was written by Charlie Lee, Litecoin’s co-founder.

Just saw that TD Ameritrade is testing both BTC and LTC trading on its brokerage platform. 😲 🚀 pic.twitter.com/TVo39oECeH

The cryptocurrency market is expecting larger brands and names to start embracing virtual currencies in order to be able to reach mass adoption. This is something that takes time and that would require the most popular and recognized firms to use virtual currencies.

There are other companies that are starting to work with digital currencies, including the Intercontinental Exchange (ICE). The ICE is the parent company of the New York Stock Exchange (NYSE). The firm is going to be releasing the Bakkt crypto platform that will be welcoming institutional investors to the virtual currency market. Another recognized financial company that is exploring blockchain technology and virtual currencies is Fidelity Investments.

These two firms are going to enhance crypto standards by allowing companies and institutions to purchase digital assets with dedicated platforms.

VC Investor Tim Draper Made $89M From His Bitcoin Investment in...