Home Blockchain EOS Surges Before Special Announcement That Block.One Is Expected to Make On... 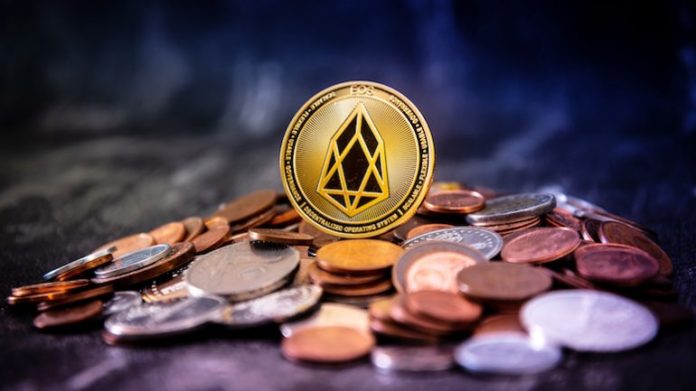 EOS seems to be having a good performance in the market compared to other digital assets. Indeed, EOS is currently the best performing asset among the top 40 and the second-best performing among the top 80 cryptos. This could be related to an announcement that Block.one is expected to make on June 1.

Block.One has been purchasing 10 percent of its stock back from different investors, including Michael Novogratz. The firm has already bought $71.2 million from Novogratz and continues to purchase more stock from other companies. This shows that Block.One is bullish about the future of the company and about what they are trying to do in the coming months.

One of these things is related to a major announcement that they are going to make on June 1. Indeed, Block.One has set up a specific website for it in which users can subscribe to receive information about this announcement. Apparently, Block.One could be launching a social network.

Because of this announcement, EOS has skyrocketed over 20 percent in just a few days. Since May 26, EOS surged more than 25 percent from under $6.4 per coin to over $8. In the last 24 hours, EOS registered a price increase of 12% according to CoinMarketCap. At the time of writing, the digital currency is being traded around $7.97 and it has a market capitalization of $7.3 billion.

In addition to it, the China Electronic Information Industry Development (CCID), released a new report about 35 different cryptos in the market in which EOS was ranked as the most innovative and effective crypto in the space. According to this report, EOS scored 148.5 points followed by Tron (TRX) and Ethereum (ETH). Meanwhile, Bitcoin was ranked in the 12th position with 101.1 points and the best performance in creativity. This has also helped EOS increase in price in the last few days.