Home Cryptocurrency Fiat Money Printer ‘Goes BRRR,’ Is It a Time To Sell All... 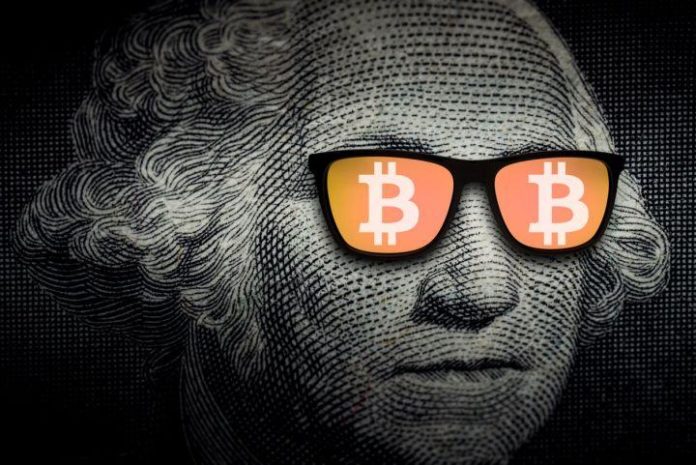 The Cryptoverse has been seeing calls from some industry players to sell cash for cryptocurrency, claiming that cash is about to become worthless, as the fiat money “printer went brrrrr.” However, others warn that, while using bitcoin (BTC) as a hedge is a good idea, selling all cash is not.

Crypto market crashed and it crashed hard. It’s still struggling to recuperate, with BTC trading at USD 5,233 (14:11 UTC). Some people panicked and started selling their crypto. Others are hodling through thick and thin. As the Covid-19 pandemic is causing major damage to the global economy, individual countries are resorting to different measures in their attempt to ease the impact. In the U.S, the Federal Reserve System (Fed) announced that it would start to increase liquidity by injecting a whopping USD 1.5 trillion into the economy. And the number went up later. Besides re-introducing the controversial Quantitative Easing (QE) program, the U.S. central bank has cut interest rates to the lowest possible band between 0% and 0.25%, while reserve requirements for commercial banks are slashed to 0%. Meanwhile, the European Central Bank said it will provide banks with loans at a rate as low as minus 0.75%, below the -0.5% deposit rate and so essentially a rebate, and increase bond purchases by 120 billion euros this year. The Bank of Japan said it will buy exchange-traded funds at an annual pace of around JPY 12 trillion (USD 111 billion), double the amount it had pledged to buy till now, and will set aside JPY 2 trillion for additional purchases of commercial paper and corporate bonds.

Meanwhile, convinced that this will be the (granted, a very large) drop that will make the cup run over, finally showing to the masses the uselessness of fiat money, some crypto industry players are telling people to sell cash and buy crypto, or start withdrawing cash from their bank accounts.

Similar calls can be heard even from outside the crypto community. Prominent gold bug and Bitcoin skeptic Peter Schiff argued that investors selling their stocks for cash will lose more purchasing power in cash than they would had they remained in stocks. “If you don’t convert your cash to gold, spend it on food and other supplies before its worthless!” he said.

We asked other industry insiders to share their opinions on this matter as well, and they don’t suggest to go all-in in crypto.

Lennix Lai, Financial Markets Director of major crypto exchange OKEx, reminds that the general population does not think of cash as worthless, or that we are stepping into hyperinflation. “However, I think people are starting to doubt the effectiveness of quantitative easing,” Lai told Cryptonews.com. Actually, at the moment, the risk of economic stagnation is higher than hyperinflation at this moment, he added.

Prominent crypto trader Scott Melker, a.k.a. The Wolf of All Streets, also doesn’t think that that hyperinflation is upon us. He said that the crypto market crashed harder than global financial markets last week, and added that “I honestly do not believe that the U.S. dollar is at immediate risk of being hyperinflated or that people should dramatically increase their crypto holdings at this time.”

“The dollar is actually rising tremendously in value at the moment. Cash dying is presently just wishful thinking from crypto maximalists looking to confirm their theory,” said Melker.

Dorman said that monetary and fiscal policy is now being used to fight a deflationary environment, meaning that we won’t feel inflation any time soon.

“But as we’ve seen historically, the Fed and other areas of government are very slow to unwind these policies, and that’s when we can see hyperinflation,” he explained, adding: “There is nothing more permanent than temporary government intervention.”

Diversification
Owing BTC is a good thing, commenters agree, but it’s not the time to be selling all one’s cash.

Dorman said that such generic advice as telling everybody to sell cash for another asset is “always dangerous” given the unique situation of each individual. He warned that we still need cash, be it for day-to-day bills or covering short-term disruptions in income. He gave an advice for each person to take a realistic look into how much cash would they personally need should they need to survive in draconian times, which he defined as having no income for 6-12 months, higher medical bills, family care, exogenous shocks, etc.

That said, “for any cash that is not needed in the near-term, and can be used as an investment, I do think gold and bitcoin make sense, especially compared to equities and bonds,” Dorman told Cryptonews.com, adding that bitcoin will “absolutely benefit from inflationary measures (monetary and fiscal stimulus), a flight from physical to digital, and an entire generation of people who lack trust in governments and corporations.”

Meanwhile, Melker believes that everyone should own some of the world’s number 1 crypto as a hedge, “but I don’t see an immediate case for selling cash.” Also, OKEx’s Lai agreed that protecting one’s funds in different ways is a good idea.

“The good thing is, I have observed more discussions about the store of value and I believe this is a good sign – people should have multiple ways – be it gold, cash, or bitcoin – to protect their wealth,” Lai concluded.

Meanwhile, Dorman stressed that there is “an enormous amount of purchasing power heading into bitcoin and gold.” (Bitcoin’s market capitalization is under USD 100 billion (currently, USD 93.7 billion), while gold’s market capitalization is under USD 7 trillion.) And while it’s hard to estimate cash, Dorman said, M2 money supply – a calculation of the money supply that includes cash, checking deposits, savings deposits, money market securities, mutual funds, and other time deposits – is USD 15 trillion and growing by the minute.

“If advisors and pundits begin talking about say a 30/10/20/20/20 portfolio (Equities, bonds, cash, bitcoin, gold), you can imagine what that will mean in terms of buy pressure and activity,” he said.

“Bitcoin and gold are still just investments, no different than any other investments, in that they can go up and down relative to your U.S. dollar (or other fiat) purchasing power,” Dorman said. “When we stop comparing gold and/or bitcoin to fiat, that’s when their utility and spending power become more than just an investment. As the shift from physical to digital continues, your gold and bitcoin will become more useful as spending power, and that is when they will no longer be viewed as just speculative investments.”

Dorman just recently discussed crypto companies and projects in the time of COVID-19 and oil price collapse saying that, unlike traditional companies that need government bailouts as they’re not protecting their balance sheets, the digital ones: don’t have physical stores/customers/supply chains; they’re not subject to demand shocks, such as quarantined customers, or supply shocks like lost production; many are pre-funded; therefore, “the shift from physical to digital is happening, & COVID19 accelerated it,” he concluded.

Here’s What Bitcoin’s 2 Biggest Privacy Wallets are Working on in...