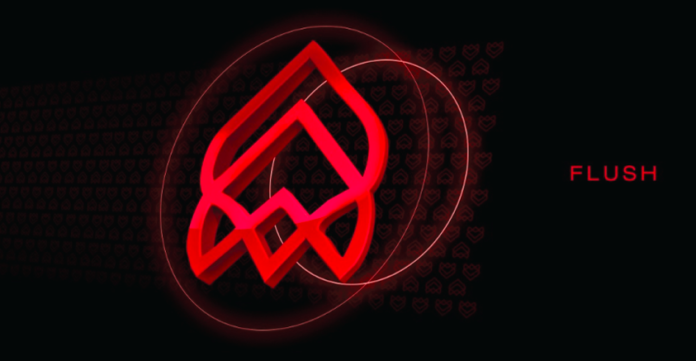 NFTs have picked up strong over the past couple of years to a point that in just a week, the market is recording absconding sales worth $74 million. It has come to a point where all the early Nay-Sayers have started to see the potential of NFTs, in terms of investment opportunities, use cases, increasing automation and efficiency, etc.

More and more industries entered this world of NFTs and blockchain to explore its benefits of it, and profit in their journey. One of such industries is the Gaming industry which was already booming and is estimated to reach $2.8 Billion by the year 2023. This industry has been the most popular in the blockchain world as Play-To-Earn games. As the name suggests, they are games that are played to earn rewards in the form of tokens that can be monetised.

Gambling is a trending industry just like the gaming industry, however, is way bigger than it is. According to the statistics firm, Statista, in 2023, the gambling industry will be worth $92.8 Billion. This is a staggering jump from the value of $66.7 billion which was in the year 2020. 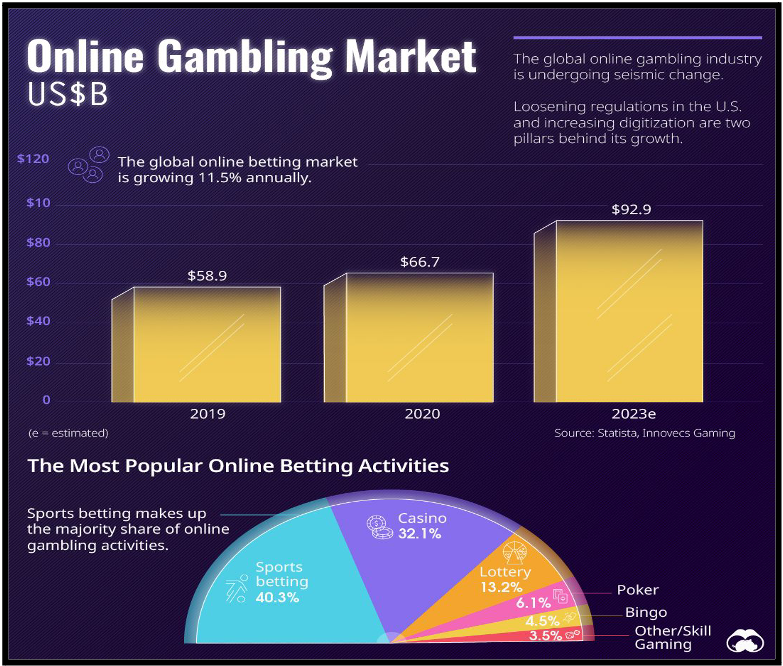 The industry itself is growing at a rate of 11.5% annually and it has been predicted that it will reach a value of 192 billion dollars by the year 2023.

Flush Win is a new player in this industry of NFT games and gambling, which is capitalising on this very gap in the market. It will be a huge success since it will be able to deliver on both essential dopamine of users,

It is an ecosystem of gambling-based products, to bring an easy way to participate in betting games with a token, common throughout the ecosystem. It is going to reimagine casinos; betting and many other such gambling activities implying blockchain-based technology and will solve the problem that traditional gambling industries face during its working.

The traditional system of gambling shares many problems with other traditional systems which have been bettered due to blockchain technology. It is just that they were hidden behind the glory of a lot of money in the gambling industry which was controlled by very few players in the industry. Some of the problems are listed below.

The Transfer Through Many Hands: The process of buying chips, which are essential currencies in most casinos is laborious in its true nature. It involves travel from the issuer, to the player to different players, to back to the issuer to convert it to fiat currency. This system is a lot inefficient due to the time it takes and somewhere is leading to expenses paid by players.

The Mercy of The Algorithm: Many centralised exchanges and even casinos have an algorithm with which they are operated. The problem here is that it gives some intelligent/aware traders an edge over the competition. An Algorithm is nothing but a formula to judge the outcome/ result. So in the game of gambling which rewards the users guessing the right outcome, knowing an algorithm can be a huge hack to always be successful.

The Reign of Monopolies: Online gambling industry is already a huge success due to the ease it provides when compared to the traditional gambling system. However, this industry is being controlled by very few wealthy people who have capitalised on the online gambling space. There are very less incentives for them to make a change, and that is where Flush win is trying to create an impact.

How Can Flush Win Help Gamblers?

Blockchain technology offers the online gambling industry security, privacy, efficiency, and cost-effectiveness. Likewise, withdrawals from a gaming site can be instant, without the need for a third party to verify the transaction. A fully decentralized casino can offer increased odds to players offset by a reduction in costs by using cryptocurrencies with low fees to facilitate transactions.

Some sites may also be able to fully eliminate the house edge in certain sports betting contexts by allowing true peer-to-peer transactions where users bet with one another, with no fee going to the “house.”

By accepting the attachment of cryptocurrency wallets to gambling accounts, operators can allow users to stay anonymous, potentially only requiring an email address and a username.

It is important to note that the key benefit of decentralizing casino games is that no one entity has the power to adjust the algorithms used to determine winners or losers in the game.  If we had to summarise the benefits of Flush Win, we can state them as follows

Crypto dealer is a new upcoming casino based NFT game that is created by the same founders as that of Flush win and hence will also use Flush coin through its ecosystem. This game aims to bring the benefits of the decentralised nature of blockchain technology, to casino games and it is set to launch during quarter 3 of 2022.

The game will consist of unique characters with individual traits which will separate them. There are 6 characters in the game till now and there will be more new characters added to the game according to the roadmap. Some of the characters are,

The characters will be minted from the character minting box, which will be made available for purchase from the game. The box will consist of characters of all rarities, which can be used to participate in matches inside the Casinos and win prizes in cryptocurrency and game tokens. 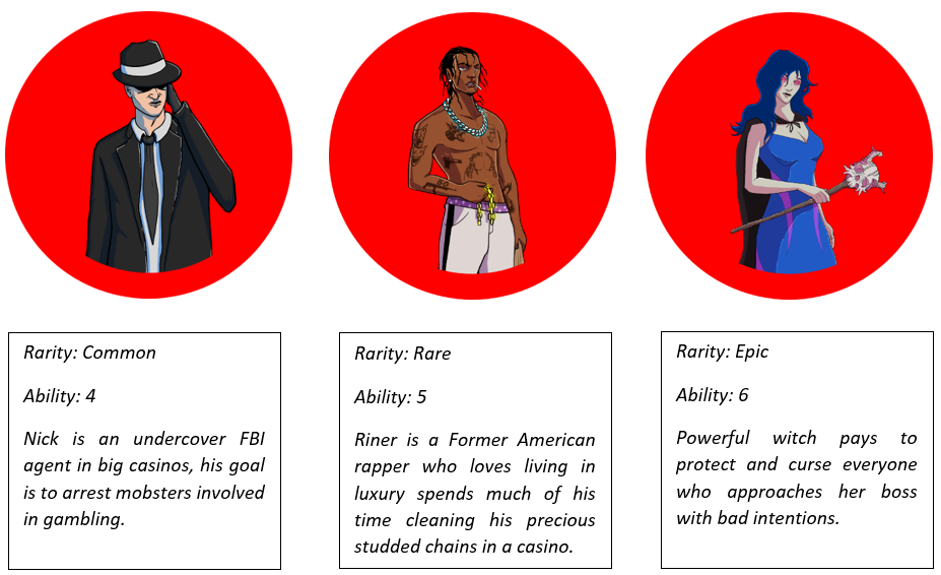 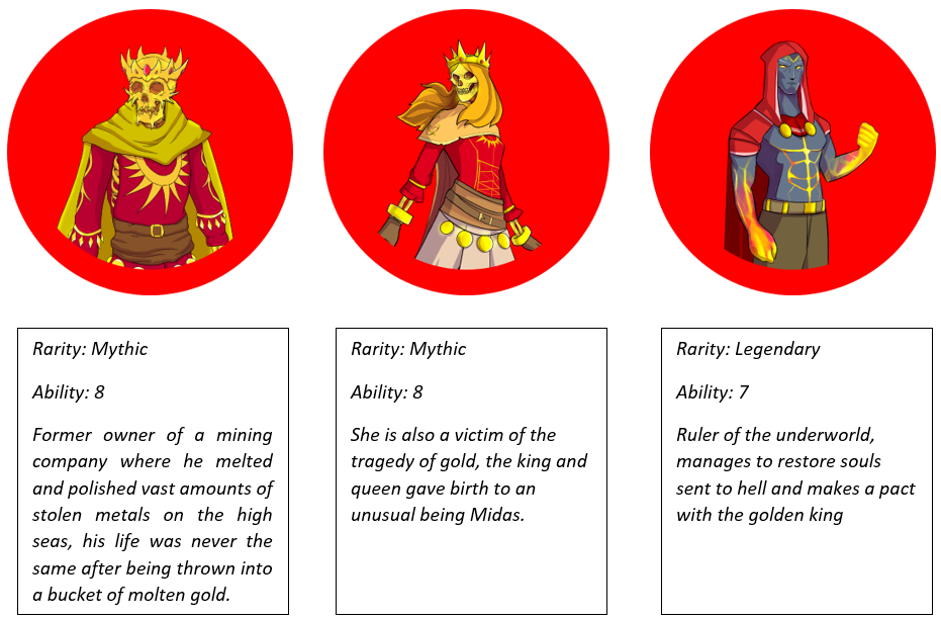 The crypto dealer action begins in the Q2 of 2022. Quarter 2 is dedicated to building a community of like-minded people who are ready to ride the decentralised gambling wave.

An era of digital gambling shall begin with the game launch on 5th July 2022. Post the launch, many exciting opportunities from crypto dealers shall keep the community thrilled. Airdrop, Fragment system, fragments Marketplace, Skip Matches, Staking, Staking Raking, and Raking Awards will engage the community members in Q3 of 2022.

The Q4 is set to increase the heat in the gambling world. Exciting features like new languages, new game modes, events, PVP, and new character styles are bound to give gamblers an edge over traditional gambling. 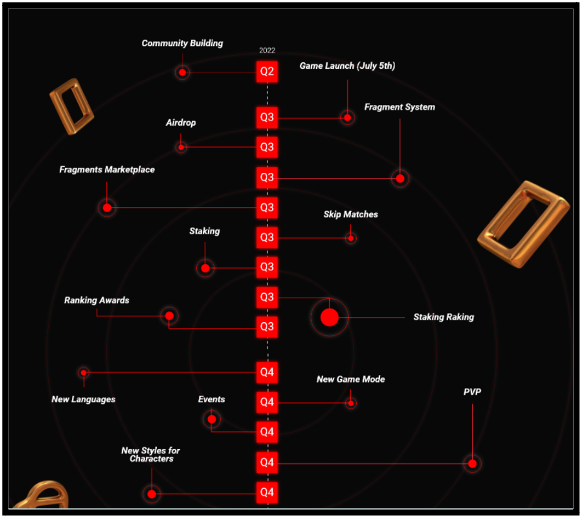 If you’re wondering the excitement shall reach a plateau by the end of 2022, I bet it won’t. The year 2023 will be welcomed with much bigger opportunities in the world of gambling. Crypto Dealer will serve your wish wings to own a casino and build a clan in Q1 of 2023. Further, in tournaments, new characters will raise the bar. Lastly, the mobile version of the game will let you be in the game on the go.

The Crypto Dealer from Flush Win is an NFT based gaming platform especially poker and casino-based gaming. The game uses Flush tokens that will offer a fair gaming environment to the users with a superior experience to traditional gaming. The game will initially have 6 crypto dealer characters that will keep the gamers hooked. Later more characters will be added. Other than this, the users can also earn Flush tokens by staking their tokens. The game will also support casino real estate purchase and trading.