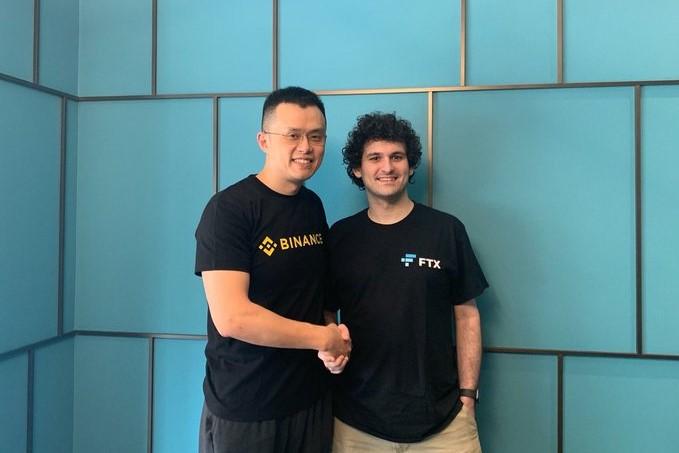 The unspecified “strategic equity investment” into the company that was founded in spring of this year was announced today, along with Binance’s decision to take “a long-term position” in the FTT with the goal to help the FTX ecosystem growth. Binance will work with FTX on building a range of new products, the announcement says.

As for the FTX’s role in the deal, it will also help the Binance ecosystem by building out the liquidity and institutional product offerings, including Binance.com and over-the-counter (OTC) trading desk. Binance’s CEO, Changpeng Zhao, said that the exchange sees FTX’s “potential in becoming a major player in the crypto derivatives markets.”

Sam Bankman-Fried, founder and CEO of FTX, told Bloomberg that the investment was in the “tens of millions,” valuing FTX in the hundreds of millions of dollars.”

This is not the first time FTX and Binance have been mentioned in the same sentence in the media. As previously reported, FTX was sued for market manipulation and selling unlicensed securities in the United States. The plaintiff claims FTX launched an attack on Binance in September and used accounts to manipulate Binance’s Bitcoin futures and is seeking USD 150 million in exemplary and punitive damages. At the time Alameda Research, a quantitative trading firm and FTX’s parent company headed by Bankman-Fried, called the lawsuit a “nuisance.”

The Cryptoworld’s response to the Binance’s latest investment has been mostly positive so far. Bankman-Fried tweeted that working with the exchange “on this has been great. We’ve had talks with others about deals in the past and dealing with Binance on these talks was a world apart,” to which he received a number of congratulatory comments, with people calling this a great news for the crypto community, particularly trading community. Some, however, seemed to have been disappointed with the news, saying they thought FXT would surpass Binance, and that they lost their identity with this deal.

Furthermore, Matthew Graham, CEO of the advisory company Sino Global Capital, thinks of this as “a very smart investment and a great business decision for both Binance and FTX,” adding that the first reactions to the deal in China are “overwhelmingly positive.”

Meanwhile, as reported , Alameda Research, a quantitative trading firm and parent company of FTX, is among the biggest traders on BitMEX, a major competitor of Binance.

The Next Big Thing In NFT: The DeFi Infrastructure For Utility NFTs