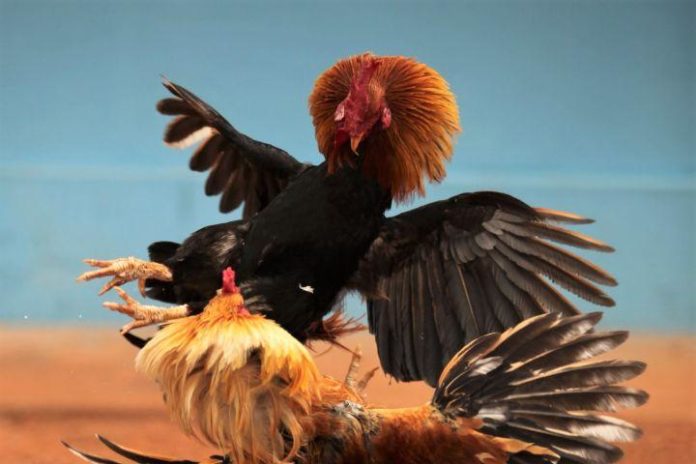 Bitcoin and Ethereum are often seen as arch rivals, and in recent weeks the online cat fighting that characterizes this rivalry seems to have hit new heights of animosity. Ethereum supporters have described Bitcoin maximalists as “tyrants” on Twitter, while certain Bitcoiners have accused Ethereum founder Vitalik Buterin of unethically cashing in on a number of questionable initial coin offerings (ICOs).

There’s a suspicion on the Bitcoin side of the debate that any increased hostility from the Ethereum community is likely to stem from insecurity, particularly over the failure of ETH-based ICOs and also over the gradual increase of the BTC dominance ratio. At the same time, the most active Bitcoiners are seemingly intensifying their battle for attention and resources.

While it’s difficult in a single article to survey the full breadth of the online hate between the Bitcoin and Ethereum camps, typing “Bitcoin Ethereum” into Twitter’s search bar is often enough to provide a snapshot of its current scale.

For instance, on August 18, Mythos Capital founder Ryan Sean Adams posted a thread of tweets in which he was critical of the aggression of Bitcoin maximalists, accusing them of being “tyrants” and of launching an “organized effort to attack anyone who is not a maximalist.”

On the very same day, Bitcoiner and developer Udi Wertheimer resuscitated a common trope among Bitcoin fans who dislike Ethereum, implying that Ethereum is little more than a platform for dodgy ICOs.

He tweeted, “It’s time for the ETH gang to wake up, smell the ashes, and take some responsibility. Their 2017 ‘blockchain everything’ narrative failed miserably and cost retail investors BILLIONS, dumped into scams supported by ETH naiveté. We’re toxic? How dare you? Where’s your post mortem?”

And sometimes it gets really personal and, as it’s usual on social media, ad hominem arguments are being fired.

Watch the latest reports by Block TV.
On August 20, ConsenSys’ John Lilic waded into this debate by personally attacking someone – podcaster Marty Bent – who had publicly agreed with Wertheimer’s take on Ethereum-based ICOs.

Among other things he wrote, “@MartyBent is another YUGE loser in the same squad as his bff, @udiWertheimer.”

Needless to say, there’s much more of this tit-for-tat bile where it came from (on Twitter, ‘the international home of bile,’ as CEO Jack Dorsey unfortunately doesn’t say). The question is: why has the debate seemingly intensified in recent weeks?

One possibility is that, ever since the post-April bull market, the Bitcoin dominance ratio – which measures how much of the total market capitalization of all cryptocurrencies comes from BTC’s market capitalization – has increased. It rose from 50% on April 1 to almost 68% at the time of writing, and over the course of this rise numerous articles have been penned suggesting that this is bad news for altcoins such as Ethereum.

Understandably, some members of the Ethereum community may not be too happy about this trend, and their apparent increase in pugnacity may be part of a defensive push against Bitcoin’s steadily mounting dominance. However, Bitcoin Core developer Jimmy Song tells Cryptonews.com that he hasn’t really noticed any particular uptick in online warring between the two communities, although his explanation for this doesn’t necessarily point to good news for Ethereum.

“There hasn’t been an increase as far as I can tell,” he says. “I have noticed that most ETH people have stopped tweeting or have left the community or something in the last 12 months. I suspect that the few that are left are forced to take more of that slack and maybe they’re a bit more hostile than the ones that left.”

There have been some notable departures from the Ethereum development community over the past year, including Afri Schoedon, while only three out of the top 50 dapps (decentralized apps) are now on the Ethereum blockchain (according to statistics from DappRadar). And when it comes to explaining why the current members of the Ethereum community may be “a bit more hostile” than usual, Song refers to the poor performance of many ETH-related ICOs.

“Every ETH ICO has failed to deliver,” he says. “That’s throwing some uncomfortable questions at the entire platform and arguing with Bitcoiners is a way to distract from this very fact.”

However, this may be argued as, for example, Sirin Labs delivered their product in the shape of a blockchain phone named Finney in November 2018. (Despite this, the price of their native token, SRN, is down by more than 70% this year.)

On the other hand, many are arguing that Bitcoin has also not reached its initial goal to become ‘a peer-to-peer electronic cash system,’ as it’s described in the Bitcoin whitepaper.

Also, it might seem that some of the so-called “Bitcoin maximalists” are becoming even more hostile toward other projects and ‘nocoiners’ in general.

For example, in his recent presentation at the BitBlockBoom! conference, Michael Goldstein, the President of the Satoshi Nakamoto Institute, was “exploring the rhetorical strategies for pumping Bitcoin to victory and defending narratives from the haters.”

“Relentless propaganda every single day, just do it. Pump it out. This is good for bitcoin. There is no bad news for bitcoin,” he said.

But while Bitcoin supporters might propose that any surge in hostilities is the result of Ethereum insecurity, more objective measures of performance would indicate that Ethereum shouldn’t really feel too insecure about its health.

For instance, daily transactions on the Ethereum blockchain, which is younger than the Bitcoin blockchain, continue to comfortably outnumber transactions on Bitcoin’s chain, which witnessed a high of 452,000 on May 2 and which now sits at approximately 330,000. By contrast, Ethereum transactions topped one million on July 16, while the daily transaction rate on August 22 was about 730,000.
It’s also worth pointing out that Ethereum still hosts the highest number of live dapps, at 1,249 compared to EOS’ 169 (according to State of the DApps).

So even if it can be pointed out that Bitcoin’s price has risen by about 149% since April 1 (and Ethereum’s by only 38%), Ethereum supporters could at least argue that their favored blockchain is actually being used for more than financial speculation.

However, by comparing other measures, one can see how complex this inter-network competition is. For example, Bitcoin has almost two times more active addresses than Ethereum, while Bitcoin’s hashrate, or computing power of the network, is also much bigger.

In either case, as both networks are still in development and need to solve multiple serious challenges, we can expect the rivalry between the two biggest players to continue for some time. However, it remains to be seen how it will change as both networks and their supporters mature and better understand what this crypto game is all about.

Bridge: The Stellar-Based Decentralized Payment Solution & Digital Currency Made For The Forex Industry

In 2009, Bitcoin was born, thus beginning a new era of payments. Using blockchain technology, the "crypto" user owns his own resources without the...

South Korean electronics giant LG has created a very public showcase for its blockchain-powered food and agriculture traceability platform – at one of Seoul’s...

Mergers and acquisitions (M&A) in the crypto industry are likely to increase in the second half of 2020, despite the ongoing COVID-19 pandemic. This...

DeFi's latest hit is yield farming with millions of dollars worth of tokens distributed each month. It's boosted by liquidity mining, which today is...

Cryptocurrencies have become common everywhere in the world but still, there are some places where people do not have access to the traditional banking...