Home News In a Year or Two, Courts Will Be Ones Making Crypto Laws... 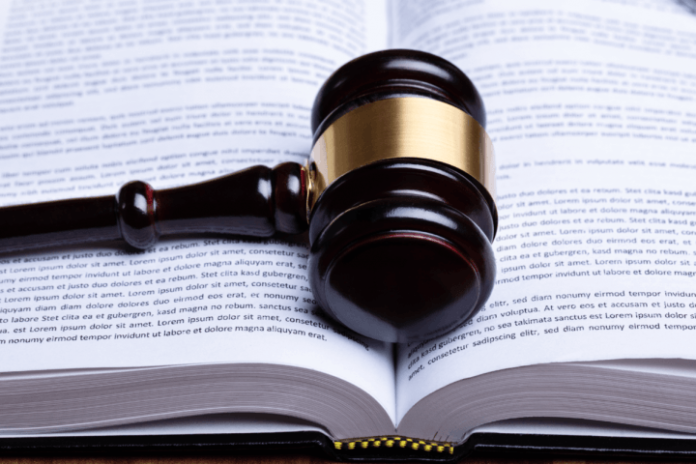 The courts, not the lawmakers, will likely be the ones that’ll make “new sources of law” for the crypto industry within the next couple of years, according to Marco Santori, the recently appointed Chief Legal Officer (CLO) at major crypto exchange Kraken.

Stating that cypto companies got “serious about their legal game” over the last year particularly, per Law.com, Santori named two things he expects to see soon:

the common law, in particular, developing around the regulatory white spaces that have been left over the years;
it will probably be the courts and not Congress to create new sources of law for the industry over the next year or two.
The CLO explained that regulators will likely “continue to have a strong hand in guiding new rules”, but “in terms of the kind of cases that are pending right now in the courts and Congress’ comparably slow march of progress, you’re going to see a lot of new development come from judges and not congressmen over the next couple of years.”

As reported, Santori joined Kraken earlier this month. This ‘Dean of Digital Currency Lawyers’ previously served as President and Chief Legal Officer for Blockchain.com, a major crypto wallet provider, among his other positions.

Meanwhile, the US Federal Reserve Bank of Dallas found that “despite the entity-free and borderless nature of cryptocurrencies,” regulatory actions and news regarding potential regulatory actions “can have a strong impact on cryptocurrency markets, at least in terms of valuations and transaction volumes.” They add that this suggests that “at the current juncture, authorities around the globe do have some scope to make regulation effective.”

In a separate blog post, Hadar Jabotinsky, Cegla Visiting Research Fellow at Tel Aviv University Law School, and Roee Sarel, Research Associate at the University of Hamburg’s Institute of Law and Economics, argued that the correlation between crypto and stock markets implies that regulators should take the crypto market seriously, as it may have systemic importance.

They stressed that the crypto market may also offer a valuable alternative to traditional financial markets during crises.

“However, if a cascade in the crypto market is driven by pump-and-dump strategies, regulation seems ever more needed,” the researchers said, stressing that regulation is time-sensitive, “so that what works at first may become pointless (or harmful) later.”

“Regulators who consider intervening should thus observe the market carefully and avoid policies that are difficult to reverse,” they urged.

A ONCE IN A LIFETIME OPPORTUNITY TO OWN A PIECE OF HISTORY AND PUT...

Microsoft, Huawei and Venezuelan government at Blockchain Life 2019 on October...