Home Cryptocurrency In Its Quest For Financial Inclusion Crypto Plays A Role In International... 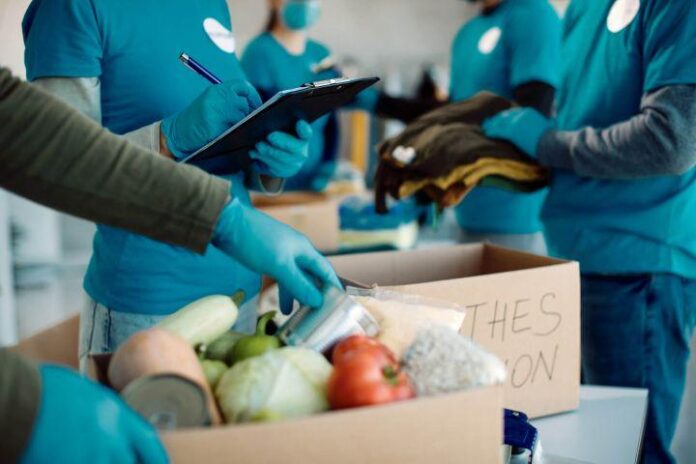 In December, the United Nations has warned that “2021 is literally going to be catastrophic,” largely as a result of the coronavirus pandemic, not to mention underlying economic and development issues.

Such forecasts are highly troubling, but until blockchain technology and cryptocurrency help increase and democratize financial inclusion on a much wider scale than it is now, it can already help with humanitarian aid and international development in a variety of ways.

According to industry figures and researchers working within the aid sector, blockchain can help increase the transparency and efficiency of charitable processes, potentially reducing the incidence of mismanagement and corruption. At the same time, the openness of the cryptocurrency sector also promises to increase financial inclusion and help people to take care of themselves better.

Growing numbers of projects
According to Dr Bernhard Reinsberg, a lecturer in international relations at the University of Glasgow, there are already many successful projects that have used either cryptocurrencies or blockchain for the purposes of aid or development.

“Some of them have completed the pilot phase and are being rolled out in several countries now. Key examples are Aid:Tech and WFP Building Blocks, which enable secure money transfer for humanitarian relief,” he told Cryptonews.com.

It “has increased transparency in aid projects by allowing donors to track real-time their money flows to recipients and the use of such funds by sub-contractors,” he said.

UNICEF
One of the biggest charitable organizations in the world is UNICEF, the United Nations Children’s Fund. According to its Blockchain Lead, Christina Lomazzo, and its Blockchain Developer, Mehran Hydary, it’s already exploring blockchain and cryptocurrency in a variety of ways.

“To stimulate and support the development of open-source digital public goods, UNICEF makes early-stage investments in blockchain startups in both USD and cryptocurrency through its Innovation Fund and CryptoFund,” they told Cryptonews.com.

UNICEF is also building a number of international prototypes based around blockchain tech with the support of UNICEF programmatic teams and country offices around the world.

“As an example of an internally built product, UNICEF Kazakhstan created a platform that digitized financial processes, leveraging blockchain technology, to simulate business rules and the release of funds in a streamlined and transparent way to partner organizations,” they said.

On top of this, a number of UNICEF National Committees are already accepting donations in the form of cryptocurrency, including UNICEF France, Australia, New Zealand, and the USA.

Other organizations
Rhodri Davies, the head of policy at the UK-based Charities Aid Foundation, told Cryptonews.com that he’s aware of numerous other organizations now harnessing either cryptocurrency or blockchain.

These include nonprofits accepting crypto donations, such as “Save The Children US, Heifer International, MercyCorps, The Water Project, RNLI, Breast Cancer Support, Lepra.”

And a variety of blockchain-based projects, including “the BitGive Foundation’s GiveTrack project, OxChain (including Oxfam in Australia), The World Food Program (Building Blocks).”

Why it’s good for aid and development
“Foreign aid is an area plagued by a ‘long chain of delegation’ where money is handed through many intermediaries. This leaves the door open for mismanagement, fraud, and corruption,” explained Bernhard Reinsberg.

Blockchain tech, by providing an immutable record of transactions, “can bring more transparency into aid delivery processes and thereby reduce these risks,” he added.

Connected to this is the fact that blockchain can help reduce operating costs.

“Blockchain is a disintermediating and decentralizing technology. As such, one of its main appeals for many commercial businesses and industries is the potential to cut out traditional middlemen, and hence reduce cost,” said Rhodri Davies.

Lastly, there’s also the promise that cryptocurrency may widen financial inclusion (given that you don’t need a bank account to receive funds), although this ultimately depends on the wider adoption of crypto itself.

“Since overall adoption of crypto is still low globally … the actual utility remains low. There can also be problems when using crypto or token with turning those assets back into fiat currency, as this can run afoul of financial rules and regulations within the recipient’s jurisdiction,” said Rhodri Davies.

Davies acknowledged that such difficulties could be reduced if crypto or central bank digital currencies became more widely adopted, or with the integration of crypto payments into existing payment and social media platforms (e.g. MPesa, WhatsApp, PayPal, or Libra/Diem).

Meanwhile, according to a spokesperson at BitPay, a major crypto payments processor, these payments “are an ideal solution for developing countries and those who seek to send or receive money without a bank account.”

“Because a smartphone and access to the internet is all that is needed to send or receive payments. While developing countries might lack the infrastructure for traditional phone or internet service, cell phone coverage and wifi is readily available. We also believe one of the best industries for crypto payments in an emerging country is the gig economy space,” the spokesperson said.

Experimental, or a long-term viable solution?
It’s always difficult to disentangle reality from hype, but it does seem like blockchain and/or crypto could end up being a lasting part of the international aid and development toolkit.

“The next few years will be an exciting time as we will be able to learn the lessons from several blockchain-based initiatives that are now still in the pilot phase. This will hopefully generate new answers on questions like scalability, interoperability, and governance,” said Bernhard Reinsberg.

He suggested that it remains to be seen whether development actors will adopt blockchain tech at a broader scale.

“Under the Binance-led Crypto Against COVID initiative, we have raised about USD 4 million with USD 3 million contributed from Binance,” a spokesperson at the major exchange told Cryptonews.com.

Meanwhile, UNICEF affirmed that it plans to continue experimenting with blockchain and crypto.