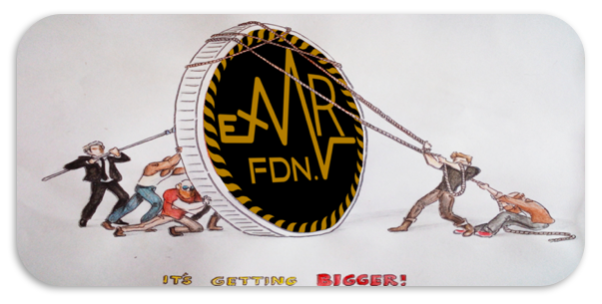 Russian cybersecurity firm Kaspersky Lab has launched a prototype for its Polys voting machine, a device that it says will enable people to cast votes on an online blockchain-based voting platform.

The development could pave the way for the platform’s use in public and private organizations. However, controversies surrounding the safety of blockchain voting and its political implications could well hamper the technology’s rollout worldwide.

The software developer claims the project is “the first of its kind to incorporate blockchain technologies and work alongside the Polys online election system,” reports tech website Verdict.

“From speaking to our customers, we understand the issues and inconvenience they face when organizing paper-based voting. As we see from our Polys platform, e-voting can solve some of these issues, allowing more possibilities for remote participation and even increasing turnout for younger people.”

However, it appears that the system does still make use of polling booths – using voting machines that do away with paper-based voting systems.

Aleshkin added that should physical polling stations were to be closed completely “it would deprive and alienate certain groups of people from taking part in an election.”

Potential vulnerabilities of blockchain-based voting apps have long been the subject of criticism. Most recently, a team of MIT researchers released a study on the security of Voatz, a blockchain-powered voting platform used in the 2018 midterm elections in the American state of West Virginia.

“We find that Voatz has vulnerabilities that allow different kinds of adversaries to alter, stop or expose a user’s vote, including a side-channel attack in which a completely passive network adversary can potentially recover a user’s secret ballot. We additionally find that Voatz has a number of privacy issues stemming from the use of third-party services for crucial app functionality.”

Voting interference by foreign powers is another source of concern. Founded by Russian software developer Eugene Kaspersky, the company has been accused by some observers of maintaining close relations with Russian intelligence services.

In May 2017, during a Senate hearing, Republican Senator Marco Rubio asked six American law enforcement and intelligence agency chiefs whether they would let their agencies use Kaspersky-issued software to secure their networks. They unanimously replied that they would not, citing concerns over the company’s possible ties to the Kremlin, per a report from Bloomberg.

Kaspersky Lab has rejected these claims, with its founder calling them “total BS” and “unfounded conspiracy theories.”

Kaspersky Lab points to the fact that blockchain-powered voting solutions were used in a party vote by Russia’s United Democratic Party (Yabloko) in 2018, which used blockchain polls to select a candidate for the Moscow mayoral election.

The party used Polys to select its candidate among 21 contenders. Yabloko is widely considered to be one of the few real opposition parties in Russian politics.