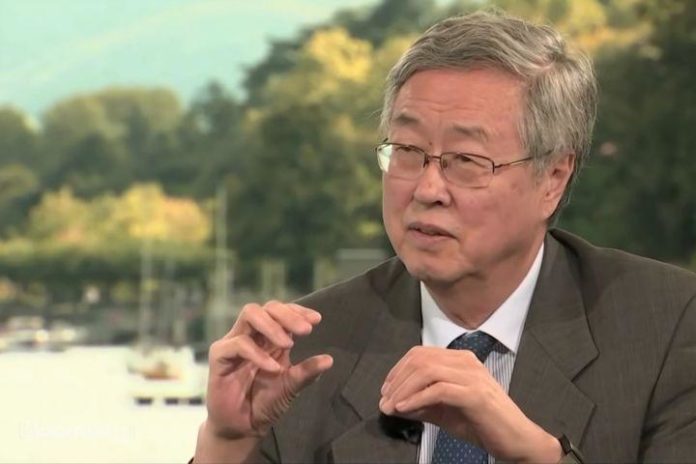 The Chinese government may be about to rethink its strategy towards “digital currencies,” a recent speech by the country’s former central bank governor, Zhou Xiaochuan, suggests.

Zhou, who served as the governor of the People’s Bank of China (PBoC) for more than 15 years until last year, said that China could learn a lesson from Facebook’s proposed Libra project, as it shapes a possible future digital currency in China, according to a report by the South China Morning Post.

Specifically, Zhou referred to how the Libra project is backed up by a large number of private companies, and then drew parallels to how Hong Kong allows commercial banks to issue currency notes on its territory.

In Hong Kong, the three major private banks – Bank of China (Hong Kong), HSBC and Standard Chartered – are licensed by the Hong Kong Monetary Authority to issue banknotes that are backed up by US dollars held in the banks’ reserves.

In a comment to the South China Morning Post, Chen Dafei, senior analyst at Orient Securities, said that he interpreted Zhou’s use of the term “commercial entities” such that it could mean major Chinese tech firms like Alibaba and Tencent.

Granting these companies the right to issue state-backed digital currencies would be a new way to think about the old system of private bank-issued currency notes, with power shifting from banking sector to the technology sector.

Facebook’s Libra has sparked a debate in China over what the country’s response should be, as some fear it would weaken the position of the national currency – the yuan – against the U.S. dollar. The speech by the former central banker has so far been one of the most comprehensive statements on the matter, according to the report.

Meanwhile, according to a separate report by the same media outlet earlier this week, Facebook’s plans to create its own cryptocurrency have forced China’s central bank into stepping up research into creating its own digital currency as Libra could potentially pose a challenge to Chinese cross-border payments, monetary policy and even financial sovereignty.

The Chinese government’s stance on cryptocurrencies has over the past few years ranged from embracing blockchain technology and certain blockchain-related projects, to banning the trading and issuing of cryptocurrencies. However, some observers claim that the overall theme has been a deep skepticism towards crypto, as it is seen by many as a means to undermine the government’s strict controls over the national currency.

Zebpay Is Shutting Down