Home Blockchain Litecoin Surpasses $100 While Bitcoin Returns To $10,000 Once Again 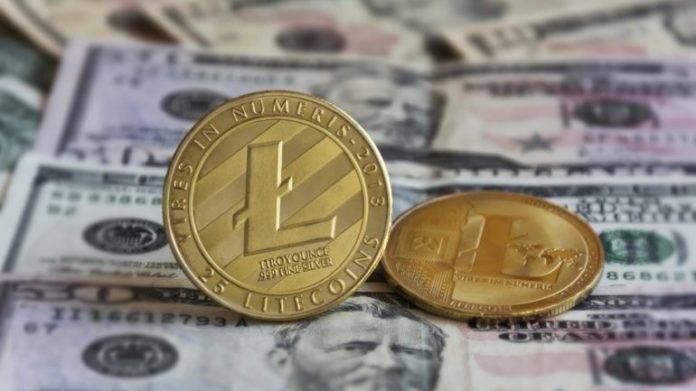 Both Litecoin (LTC) and Bitcoin (BTC) have performed very positively in the last 24 hours. These two popular virtual currencies have surged 10.15% and 8% respectively. The whole cryptocurrency market is currently operating positively after a few weeks with negative returns for investors.

Bitcoin and Litecoin, virtual currencies that have been the most popular digital currencies for over 7 years, are now helping the market recover part of the value it lost during the last few days.

Litecoin is expanding more than 10% in the last 24 hours, allowing the digital currency to surpass $100 after a few days under that price level. In addition to it, the virtual currency reached a market capitalization of $6.3 billion, establishing and settling itself as the fourth largest digital currency in the space.

In terms of BTC, Litecoin has also ended a 45-day bear trend. Since July 16, Litecoin surged more than 25% from 0.007941 BTC to almost 0.01 BTC per Litecoin. On August 5, Litecoin will be halving and the new issuance of LTC is going to be reduced from 25 LTC per block to 12.5 LTC. This is expected to be bullish for Litecoin and its price since with a growing demand for the asset, the price of the virtual currency is expected to grow.

Bitcoin has also been operating in a bear trend during the last few weeks after negative comments from Steven Mnuchin, U.S. Secretary of the Treasury, and U.S. President Donald Trump. Mnuchin explained that the most popular digital asset is being used by criminals and to perform illegal activities. Meanwhile, Donald Trump wrote on Twitter that he is not a fan of Bitcoin.

After falling under $10,000, Bitcoin has now recovered strength and is being traded above $10,600. The digital currency has also a market cap of $190 billion, as reported by CoinMarketCap.

With this price increase experienced by these two virtual currencies, the whole market followed behind. Ethereum (ETH), the second-largest digital asset around the world surged 5.41% during the same period of time, reaching a valuation of 24.12 billion. XRP grew 2.18% and the price of this digital currency moved to $0.32 to give XRP a valuation of $13.86 billion.

Payments Made Easy with LivenPay

To find the Bitcoin in domain name. Fairlaunch & free registration.

Zebpay Is Shutting Down

See How the Cryptocommunity made over 50% profit in a bonus...

In Its Quest For Financial Inclusion Crypto Plays A Role In...