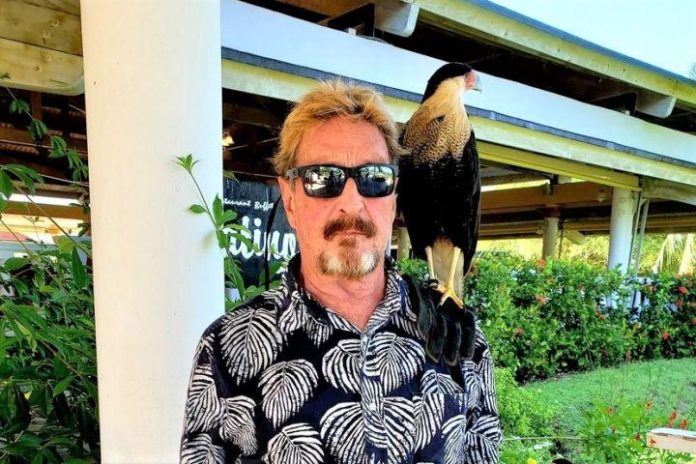 One of the Crypto Twitter’s most “relevant” discussions is currently ongoing – whether or not John McAfee should indeed eat his penis in twelve months if he loses his famous bet as promised. The controversial entrepreneur and former Bitcoin (BTC) bull, however, is walking back on that promise.

The Cryptoverse has been waiting to see if one of the most outrageous and most risky promises – especially given the crypto market volatility and its notorious unpredictability – would indeed be honored. Apparently not, as McAfee is currently cursing people out for even thinking that such a claim could ever be true. Not only that, but he’s taking credit for his masterfully crafted “ruse for onborading users,” deeming it successful, while simultaneously calling BTC old technology – first of its kind, but not the future.

But people are not convinced, and in their infinite trollness are reminding the entrepreneur that a promise is a promise and that “word is bond john.” Others are telling him not to break the promise, asking “what shall all the kids think.”

McAfee, however, is relentless, telling these people to “Wake the fuck up. What idiot thinks anyone is going to eat their own dick ever? Especially in TV!! Are you that idiot? God .. I hope none of my followers are that stupid.” He wondered if he has committed “the sin of overpopulating,” saying that he’s “one of the elder adults on this God forsaken planet,” and ‘advising’ these commenters who seek for the promise to be fulfilled to “Pray that we elders, as a group, do not cull some sorry asses from our progeny, which for me, now, numbers in the 100’s.”

Exclusive Interview with Mr. Mateusz, the COO of Magic Craft

“Bono of U2, Westlife, Hozier” Lend Support to Charity campaign ON...