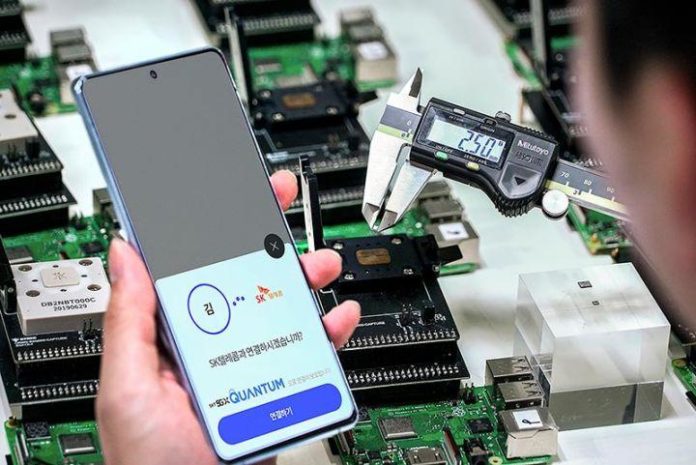 A smartphone created by South Korean mobile carrier SK Telecom, in conjunction with Samsung, is the world’s first 5G handset, say its makers, who also claim the new device is equipped with a blockchain-powered authentication feature.

Per the carrier, the new device is named the Galaxy A Quantum, and is equipped with a quantum random number-generating chipset. It is slated to go on sale in South Korea for a price of USD 528 from May 22.

The device, says SK Telecom (part of the SK business empire), uses quantum security for a blockchain technology-powered mobile electronic authentication function named Initial. All data stored on Initial is encrypted, and cannot be accessed without a decryption key.

The function is a blockchain wallet that allows users to store a range of personal ID and certificates, such as smart employee cards, university degree certificates and transcripts, as well as insurance-related documentation. SK Telecom says that it plans to increase the number of certificates and forms of ID compatible with its Initial wallet beginning later this month.

Both SK and Samsung are members of a government-backed consortium now working on a blockchain-powered mobile ID platform. The decentralized ID (DID) alliance also comprises fellow smartphone maker and mobile carrier LG, as well as rival mobile carrier KT. A number of major banks are also involved in the project, as is crypto exchange Binance Korea.