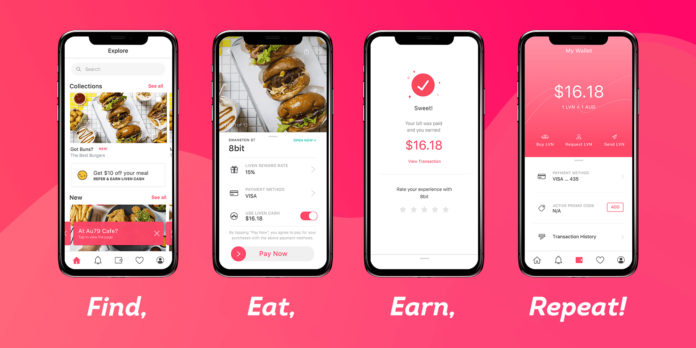 The deviation in the value of cryptocurrency is high when compared to fiat currencies. This is one of the main reasons why consumers, as well as businesses, don’t go for cryptocurrency as a medium of the transaction since they have a margin of 3-5% and cannot absorb such high deviation in value.

If you plan to start transacting in cryptocurrencies or use it as a medium of transaction, there is a lot of research to be done and proper care to be taken before investing. An average person thus prefers to go with the conventional ways of money transfer.

The problems discussed above are considered to be the three main barriers which restrict the mass adoption of cryptocurrencies. Now, wouldn’t it wonderful if there was a platform which eliminates all these problems and in addition to this, rewards you for every transaction you make.

LivenPay is a platform that does exactly the same. They are launching their existing network currency on the Ethereum network. Some of the major advantages offered by LivenPay over other cryptocurrencies are given below.

The major difference between LVN and other cryptocurrencies is that the former has an internal conversion rate and thus does not show any major deviation in value. The value of LVN is not directly affected by the external market but is determined through a decentralized protocol which takes into account the token flow in and out of LivenPay’s Reward Cache. This ensures that the LVN has the potential to capture the market as it keeps into consideration both the interest of consumers and merchants.

Another factor which makes it popular is that it holds intrinsic value which is not the case with other cryptocurrencies. People can use the currency to make payments at a number of merchants today already.

Merchants will have the option of choosing the medium through which they wish to receive the payment, be it LVN or local fiat currency.

LivenPay rewards users with a certain percentage of the transaction amount in LVN, which can be used for future payments, donated to charity or sent to friends.

Now that we have discussed LivenPay in detail, you must have by now understood the various advantages offered by it and it is said to be the “payment app for the future”. For now, it is functioning in only a few cities but with the revenue collected from Token Sale, it plans to expand worldwide. I suggest you give it a try.

For more information about it, visit https://livenpay.io/