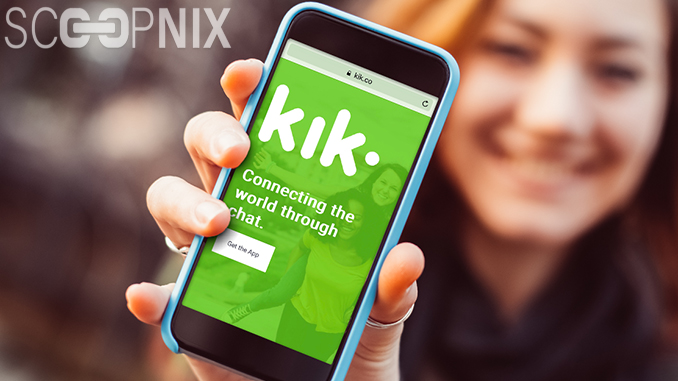 Augmented Reality Beauty platform, Perfect365 is joining hands with Kin – the cryptocurrency of messaging bigwig Kik – to reward its users with digital assets for completing surveys and performing certain tasks. The main goal is to get more women involved with cryptocurrency.

Women Aren’t as Involved in Crypto

The digital asset sector is still heavily dominated by men. In fact, only about 30 percent of it involves female traders. Figures like Silicon Valley entrepreneur Britt Morin have long sought to destroy the gender gap between men and women in cryptocurrency by holding blockchain events and seminars to educate females on bitcoin and its technology, though she has often commented that women simply don’t do enough to learn more on their own:

It’s a cycle that continues just like the VC world, where a lot of women aren’t participating because they’re not socializing. The culture of men I see in Silicon Valley investing in crypto – they’re in Telegram groups, WhatsApp groups, tweeting about it, texting about it, and therefore, there are similar-minded people to help you get involved.” Perfect365 claims to have an audience of roughly 92 percent women. Executives feel the alliance with Kin will ultimately help to empower females and allow them to understand the “new economy.” Kin chief Dany Fishel explains:

“The Kin ecosystem continues expanding across exciting categories of consumer apps and integrating Kin into Perfect365 allows us to introduce cryptocurrency to an untapped demographic. We look forward to uncovering more unique and meaningful use cases for Kin as we work toward achieving our goal of becoming the most used cryptocurrency in the world.”

“As the first AR beauty platform to introduce Kin’s cryptocurrency, we are bringing more value to our audience in allowing them to become active in the new economy of the future. From its inception, as the first platform to introduce Augmented Reality to the application of makeup, Perfect365 has focused on being a trailblazer and introducing new technologies and features that benefit its users and brand partners.”

Problems to Be Sorted Out

Unfortunately, many aspects of the joint project still need to be worked out, as analysts claim there are many issues getting in the way. For example, there is a set limit on the number of tokens you can earn each day, and at press time, the only way to earn such tokens is by completing surveys. Users can take up to four per day, and each survey offers a financial reward of 20 to 30 KIN. At KIN’s present rate, this amounts to less than one cent.

In addition, the currency can only be used to purchase beauty products through Perfect365’s platform, but given the low price of each coin, people will have to complete what seems like millions of surveys before they’ll have enough money for even one item.

Why Aren’t Women as Involved?

Arianna Simpson – founder of the crypto investment fund Autonomous Partners – suggests that women are somewhat timid when it comes to crypto due to its technical aspects, and thus feel it’s something they need to be taught rather than learn themselves:

“There’s this kind of unspoken expectation for women that you need to be taught something or need to be an expert before you can do anything, whereas men are like, ‘Oh yeah, it’s fine. I just invested my life savings in KuCoin, and I’m going to be a billionaire tomorrow.’ Think, obviously, about the risk of what you’re putting in, but really think about what the risk is of not investing and not learning and not participating.”

Kin is being tested by users in the U.S., India, Australia, Canada and the U.K. The roll-out is expected to last through October. From there, 100 percent of users in each of the named countries should have full access to Kin.

How can I send money abroad through bitcoin without any fees?