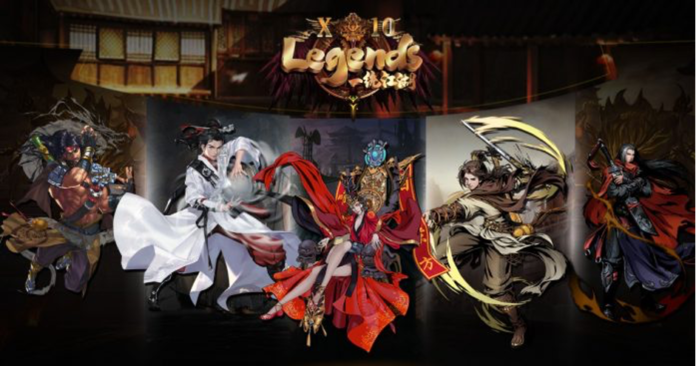 GameFi is the new hottest craze in 2022 and it is not hard to see why. According to DappRadar, there are close to 80-100 million transactions in GameFi daily. With a combination of three massive markets – decentralized finance (DeFi), non-fungible tokens, and blockchain-based games, players are rewarded with blockchain tokens or NFTs which they can actually sell for monetary value. On average, players are bringing in a few hundred dollars monthly just for investing their time in playing blockchain games a few hours a day.

In X10 Legends, players will be able to buy or collect various card packs of NFT loot boxes to obtain their favorite Chinese Martial Arts heroes. The combat power of the player is increased by upgrading the cards and card or joining clans. With a higher total combat power, players can also mine more rewards from the game through the in-game Card Staking function.

By introducing a dedicated marketplace, NFTs and blockchain technology, the trading of NFT assets are more secure and represents the players’ true ownership. Players can put their NFTs up for sale on the in-game marketplace.

Other than top players with impressive combat power being listed on the leaderboards, Martial Arts Characters NFTs are being listed in the marketplace and snatched up for prices as high as 10 times their price.

With GameFi’s surging popularity is especially popular in Asia countries where players play and earn rewards to supplement their income, X10 Legends possesses all the factors needed for success.

Tom Lee: A Historic Bull Run Is Awaiting Cryptocurrencies in 2020

THE MOST KNOWN MURAL OF GLOBAL PANDEMIC IS GETTING LISTED ON...