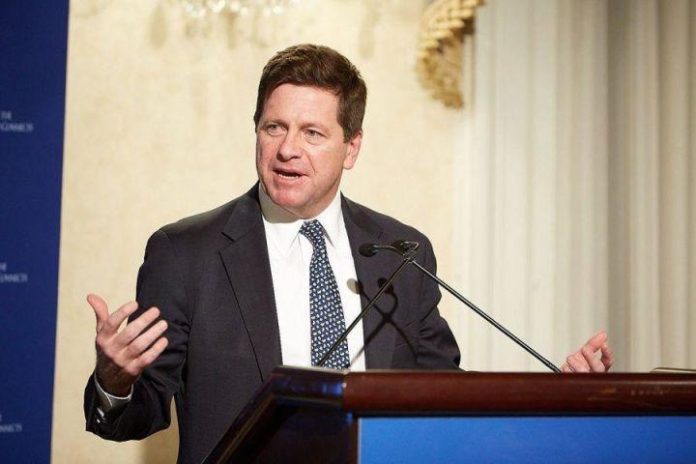 It’s “reasonable to assume” that the American regulatory Securities and Exchanges Commission (SEC) won’t approve Bitcoin ETF while Jay Clayton is the chairman of the Commission, Jake Chervinsky, General Counsel at Compound Finance, estimated. “His term ends on June 5, 2021, but could go another 18 months longer. Usually we’d see new ETF proposals filed immediately after rejection, but it might be time to take a year off,” the lawyer tweeted. Yesterday, the SEC has turned down Bitwise’s Bitcoin ETF application. The company had hoped to list a product in conjunction with the NYSE Arca exchange, and made its initial application back in February this year. However, in March the SEC stated that it would need more time to deliberate. The regulator says that NYSE Arca “has not met its burden” in respect to American laws and rules of exchange practice. Meanwhile, Bitwise said they “look forward to continuing to productively engage with the SEC to resolve their remaining concerns, and intend to re-file as soon as appropriate.” Last week, Bitwise’s head of research Matt Hougan said that “We’re closer than we’ve ever been before to getting a bitcoin ETF approved.” In August, talking of the Bitcoin ETF importance, Hougan said that “the key to a Bitcoin ETF in the U.S. is that it unlocks the financial advisor marketplace.”
Lawyers and blockchain experts in Russia say they have developed a way to calculate “official prices” for major cryptocurrencies – opening the door to taxation. Per Izvestia, the Russian Association of Cryptocurrencies and Blockchain (RACIB) and the Digital Economy Committee of the Association of Russian Lawyers have developed a technological solution that will help attorneys, tax officials and traders make crypto-calculations. The solution makes use of an algorithm that aggregates Bitcoin exchange rates, cutting off best and worst results, providing updates every 30 seconds.
The Crypto Valley Association (CVA) of Switzerland became the seventh national trade association to sign a Memorandum of Understanding (MoU) with the International Digital Asset Exchange Association (IDAXA) with the goal to provide a unified voice for the Virtual Asset Service Provider (VASP) industry.

The Sceletium Source is Partnering With the Elyseos Ecosystem