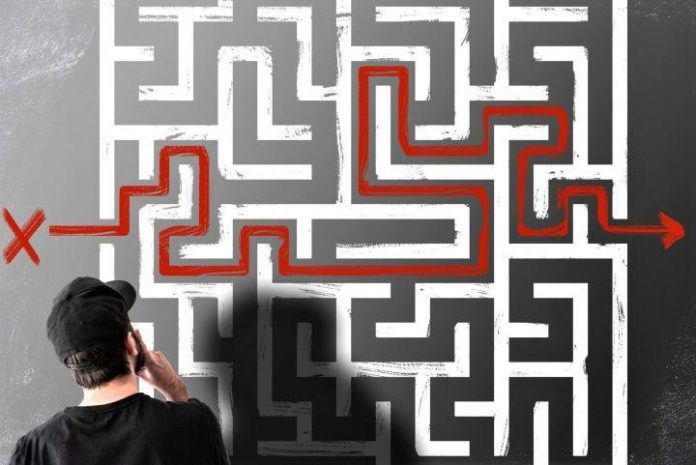 Prominent gold bug and Bitcoin skeptic Peter Schiff is a genius. Okay, he isn’t, but the apparent loss of his bitcoin (BTC) holdings has helpfully raised the topic of crypto-wallet security.

Yes, your holdings will most likely remain safe so long as you follow best practices, but the frequency with which people report lost crypto has revealed that things aren’t as simple as they can be. And if crypto is to become mainstream, then holding onto your private keys, seed phrases and funds really should be idiot-proof.

Fortunately, it’s becoming easier to do this. New technologies for ensuring that you don’t lose your crypto are emerging, from smart contract wallets to methods for guessing missing seed phrase words.

But for the most part, seed phrase and wallet recovery will be a laborious task for the foreseeable future. So don’t get too complacent.

How easy is it to lose bitcoin?
It’s surprisingly common to lose crypto as a result of misplaced passwords or seed phrases.

According to a 2018 report from Chainalysis, bitcoin holders had lost as much as 22% of all BTC in circulation at that point. This is a staggering figure, and it shows just how difficult it is for even early and relatively experienced traders to protect their funds.

However, while Peter Schiff initially claimed he lost his Bitcoin as a result of a faulty wallet (and later he admitted that he was wrong), most experts working in the area of crypto recovery believe that the vast majority of popular wallets are secure.

“Yes, they are reliable,” says Arkady Bukh, a partner at Bukh Law Firm and a co-founder of the Bitcoin Recovery Co. “It’s really hard to make something stupid, once you get your seed phrase and backup you can always restore or reinstall it.”

Bukh tells Cryptonews.com that the “majority” of his firms’ clients lose their funds due to malicious software or outright scams.

“It’s fairly rare now to see someone losing access to their legitimate account on their own,” he adds.

This picture is reinforced by testimony from another specialist in bitcoin recovery. “Dave Bitcoin,” of Wallet Recovery Services, agrees that problems with wallets are generally quite rare, and that what holders should really be wary of are malicious wallets.

“When it comes to lesser-known wallets, malicious code is a much bigger problem than inadvertent bugs,” he explains to Cryptonews.com. “So one should always ensure they are choosing a wallet that has a high reputation amongst the crypto community before moving their funds into it.”

Methods of seed phrase and wallet recovery
Assuming that you have somehow been locked out of your own wallet, there are a number of ways you can regain access. Some of these are new, while some revolve around unglamorous detective work.

“It can be challenging to restore or fix a wallet even when one has a backup file or the seed words saved,” says Dave Bitcoin.

“But again, the good news is that you don’t have to worry about your funds being lost as long as you made the effort to keep recent backups or have a copy of your seed words or passphrase safely stored.”

In the worst-case scenario, Dave explains that people whose wallets have somehow been corrupted “might need help from the support team or the community” in fixing the problem. Of course, since many non-custodial wallets lack a white glove customer service, this can be a painstaking and haphazard process.

In the event that you do know your seed phrase, regaining access to a wallet that’s developed a bug or been corrupt isn’t particularly difficult.

“It’s really easy, worst-case scenario, with your seed phrase you can recover your funds,” confirms Arkady Bukh. “You can also reindex your wallet with all your transactions easily (backup).”

Bukh doesn’t think the process of recovery should be made any easier, since doing so could compromise security. That said, he does envision certain new methods appearing in the near future that should make things easier and more secure.

“Someday, I believe we’ll get to the point that cloud solutions will enable successful recovery for qualified users,” he says. “The main problem will be to qualify owners from fraudsters.”

Bukh also notes that, if you look on Github or Stack Exchange, you’ll find methods for recovering your seed phrase if you can’t remember some of the words in it. Two well known open-source utilities in this vein are btcrecover and hashcat.

What’s in the future?
Other than that, neither Bukh nor Dave believe there’s much that can be done to recover lost seed phrases or corrupted wallets. But if you happen to hold a cryptocurrency other than bitcoin, you’re likely to encounter at least one new recovery method in the not-too-distant future.

If you own ethereum (ETH) (or any ERC-based token), for instance, you may have heard of Argent, a smart contract wallet. Argent enables users to recover their wallets even after they’ve lost their seed phrases, by appointing “Guardians” (either friends, hardware wallets or Argent’s own Guard service) who are tasked with agreeing to unlock your wallet.

Other software wallets (such as Gnosis) are looking into the possibility of using this smart contract-based mechanism of ‘social recovery’ to act as a last resort. This should make it less likely that other Peter Schiffs are locked out of their funds in the future, although given that such wallets will be based on software, you can’t completely rule out the possibility that they too might sometimes malfunction.

DIDNET: A Community-Driven Asset and Credit System to Ensure Equality of Data Access

Strategic Agreement Between My NEO Group and Crypto Expo Milan