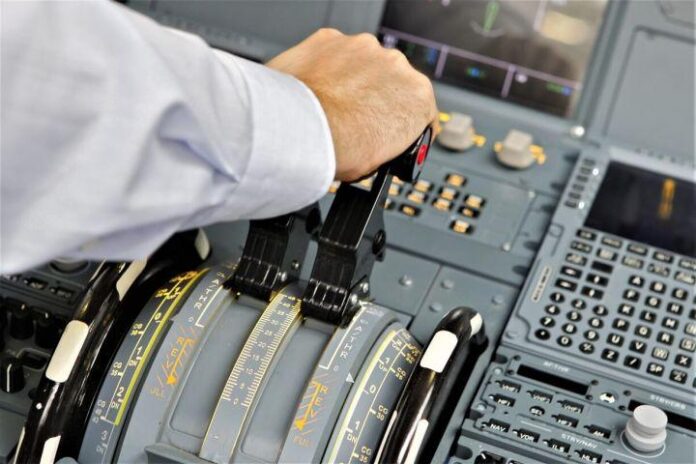 Is crypto all about ‘number go up’? Many of its detractors would certainly say so, while many proponents get overly excited about big price rises, betraying the possibility that they’re only in it for the money.

In either case, while skeptics argue that bigger numbers are the only things that drive cryptoassets traders and holders, others would affirm that many participants are driven by a vision of the future where governments and central banks have less power over economies and financial systems.

However, there are no numbers that would indicate how many crypto users are entering the Cryptoverse only because of a hope to make a quick buck. Especially, when it takes time and effort to understand this new complex world.

The driving force
Noted crypto author and skeptic David Gerard is firmly of the camp which holds that the number-go-up mentality is dominant within crypto.

“Long-term in crypto trading seems to be on the order of months, in the course of a bubble when all the numbers are going up. Long-term bitcoin holders might be an exception to this rule, or those who got in early with a popular coin such as ethereum or (to a certain extent) EOS,” he told scoopnix.com.

For Gerard, few cryptoasset holders are actually investors who firmly believe that a project will make a meaningful contribution to the world. This is in part, according to him, because blockchain remains such an experimental and unproven technology, with relatively little demand from the wider world.

“The overwhelming majority of crypto projects fail. Even trying to pick winners here is largely professional gambling,” he added.

Even big players such as Barry Silbert, Founder and CEO of Digital Currency Group, said recently that he finds 99% of cryptoassets to be overpriced.

Also, certain people more sympathetic towards crypto agree that ‘number go up’ is pretty much the driving force of the market and industry now. This includes Anndy Lian, the Chief Digital Advisor at the Mongolian Productivity Organization, who says that most traders are doing what traders usually do – chase big short-term gains.

“In the first place, the big gains got them into the crypto market. The hype, greed, and prosperity drive them to stay on to ‘prey’ on new tokens. Whether the product is meaningful or not is no longer important, most traders are looking at the short term value,” he said.

However, the OKEx Insights team stresses that trading and investing (in the longer-term sense) exist side-by-side in crypto, as two different strategies.

“Oftentimes crypto traders have separate allocations for investing in projects and platforms that have promising potential. Ultimately, the choice between trading and investing depends on personal preference, goals and the broader market sentiment and condition,” said Hunain Naseer, Senior Editor at OKEx Insights.

Others take a more nuanced view, suggesting that even traders driven by short-term gains are looking to see whether a coin or project has good, fundamental reasons for going up. Analyst and author Glen Goodman is one of these, and he told scoopnix.com that crypto has bigger problems than people looking for quick short-term gains.

“What isn’t good practice is becoming obsessed with one particular crypto and convincing yourself it’s going to conquer the world, even as the community loses interest, its price plummets for years and its network effects dwindle away,” he said.

Did ‘Number Go Up’ Drive the Recent Bull Market?
Assuming that the number-go-up mentality is dominant in crypto, you’d think that it’s largely responsible for the late-2020/early-2021 bull market we recently witnessed. However, depending on your general stance towards crypto, it wasn’t the initial cause.

For Robbie Liu, a Market Analyst at OKEx Insight, the primary instigator was the wider macroeconomic condition in which the world found itself, defined largely by “an overabundance of cash liquidity.”

“The economy was more depressed in the midst of the epidemic. Without enough consumer spending and a slowdown in business expansion, money can only go into risk assets to seek returns,” he told scoopnix.com.

Such conditions resulted in institutions entering crypto in a way they hadn’t previously done.

“Another important factor is that institutional investors are gradually classifying Bitcoin in the alternative asset class since last year […] These entities have also been seeking diversification and bigger returns in this market,” Liu added.

Still, if quantitative easing, low interest rates and an excess of cash were the initial movers, short-term traders soon followed to add momentum to the bull market.

“More speculative trades were made by retail investors, betting on Bitcoin, tech, and growth stocks. I think some of these investors can go under ‘number go up’ traders,” Liu said.

However, Glen Goodman suggests that, in the context of large-scale money printing, concerns regarding inflation and the money supply were also a big driver, and not just pure short-termism.

“I think the recent bull market was driven by powerful narratives about the future, not just by traders looking for a quick buck. The pandemic ushered in a new era of money-printing by central banks, which stoked fears about the dilution of the dollar and inflation,” he said.

“This ‘number go up’ mentality does not exist in a vacuum and is continually reinforced as BTC continues to appreciate over the long term. However, this market dynamic is unlikely to last forever, especially as more participants, retail and institutional, enter the space,” said Hunain Naseer.

Likewise, Anndy Lian suggests that at least a portion of short-term traders will, over time, develop more of a longer term mentality, particularly as crypto begins to offer genuinely viable products and services.

“The group of people will go into a rotation mode. Those who have gone through the up and down. They will understand that the market is not about speculations. The ‘number go up’ group will move to look at the real value behind the coin or company. Then new ones will take over their role,” he said.

On the other hand, David Gerard claims that crypto will never really offer a meaningful product that has wider application or use, meaning that ‘number go up’ is here to stay.

“Number-go-up is intrinsic to the way crypto works; I’ve seen no sign of utility for crypto beyond this, or prospects for maturation,” he said. “DeFi is touted as solving some sort of problem that’s applicable to broader finance — I’ve even seen DeFi pumpers claim it’ll bank the unbanked, somehow — but is functionally just a shell game to the death played amongst the most committed crypto day traders.”

However, BTC users in the Bitcoin Beach in El Salvador might be of different opinion, as well as crypto payments processors such as BitPay and BTCPay that have processed billions in crypto payments, while DeFi users are also testing new ways to interact with a new, experimental financial infrastructure. Moreover, while some people in less stable countries are using cryptoassets to protect their capital, a recent international survey by Mastercard showed that 40% of the respondents are considering using crypto as a payment method.

Perhaps, if we look at both the price and adoption, possibly a more correct diagnosis would be that “numbers go up.”

The Adult Film Industry is All Set for a Revolution with the Launch of...