Home News This Is What MoneyGram is Using XRP For 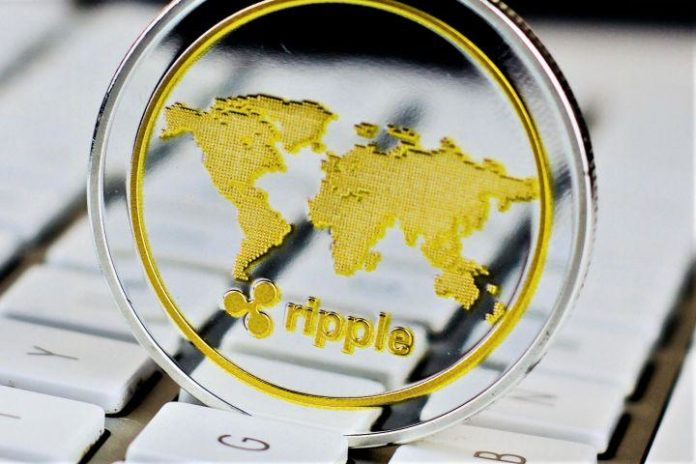 U.S.-based major money transfer company MoneyGram said it has already started to use Ripple’s xRapid product that is aimed at minimizing liquidity costs and is powered by Ripple’s XRP cryptocurrency. However, what are they using it for? (Updated on August 9: comments by Ripple CEO has been added, updates in bold.)

“We are using XRapid to buy a portion of our currency needs in major receive markets,” MoneyGram spokesperson told Cryptonews.com. “We expect to expand into several major currencies over the two-year life of the commercial agreement [with Ripple]. While we are in the process of developing markets, we cannot disclose which currencies we are buying and our volume of trading activity.”

According to the company, its money transfer revenue was USD 282.2 million in the second quarter of this year, or 14% less than in the same period of 2018.

However, in an interview with Yahoo Finance UK, published on August 9, Brad Garlinghouse, the CEO of Ripple, said that Moneygram will start with the USD-to-MXN (Mexican peso) and the USD-to-PHP (Philippine peso) pairings, adding that “It’ll start to ramp in Q4 but really we’ll start to see more consequential volumes in Q1.”

Garlinghouse said that Moneygram has tremendous assets globally and that the public market has not been kind to them, explaining that Ripple felt “like we were in a position where we could help them, and they were in a position where they could help us”, adding “To the extent that we can partner with someone to push volume it’s good for them because they don’t have to pre-fund, it’s real-time, it’s cheaper; it’s good for us because this is early days of what we’re doing.”

The CEO also said that this deal is one of the first scaled use cases of a digital asset in production, and that “a year from now the Moneygram deal will have a more consequential impact on the crypto markets than the Libra white paper”, adding that he expected “over USD 1 billion of xRapid volume” by the end of 2020.

As a reminder, it was announced back in June that Ripple made USD 30 million initial investment in MoneyGram equity and has a right to invest another USD 20 million over two years. But even before this news came out, which caused XRP to jump, MoneyGram was already ‘ripe’ for blockchain.

As MoneyGram explains in their report, “The commercial agreement allows MoneyGram to utilize Ripple’s xRapid blockchain product, as well as XRP, Ripple’s cryptocurrency, to facilitate cross-border settlement. The Company expects that this will reduce working capital needs and have the potential to generate additional earnings and cash flow.”

During the earnings call with analysts on August 2, MoneyGram CEO W. Alexander Holmes said that, excluding the U.S. to U.S. market, the company returned to positive transaction growth in July, which was “driven by our digital transformation initiatives”, seeing a success with its app, and rolling out a web-based portal and a web-based point-of-sale system. MoneyGram’s online transactions saw 109% year-over-year growth, and revenue has increased nearly 50%.

“Ripple has become our key partner for cross-border settlement using digital assets,” said Holmes, adding that he is excited to announce that “MoneyGram is now live and transacting on the Ripple xRapid platform. We started executing trades earlier this week and all signs point to this being a tremendously beneficial relationship for all parties involved. We are literally settling currencies in seconds.”

Holmes added that Ripple will help further improve MoneyGram’s “core strength”, which is the “global liquidity and settlement engine that enables millions of customers to move billions of dollars across 200 countries and territories using over 120 currencies”, adding, “our internal innovation lab continues to explore new and exciting use cases for crypto, DLT [distributed ledger technology] and blockchain as we look to build the business model of the future.”

On a research analyst’s question how much of the cost base they think they can save through this partnership, Holmes replied that “this product has the capability to […] completely streamline and transform our back-end capabilities and for the first time, I think ever really actually enable money to move instantly or is close to instant as humanly possible. […] So if you think about hundreds of millions of dollars circling the world every day waiting to be settled and sort of what we call money trapped in transit, the ability to streamline that can drive a ton of efficiency.”

CFO Lawrence Angelilli explained that they can’t discuss the profit and loss impact at the moment due to “the kind of confidentiality and the unique nature of what we’re doing”, but said that they are “not going to be maxing out or stressing their [Ripple’s] system”, and that it will build gradually.

MoneyGram, which was founded in 1940, was on sale recently as it’s trying to deal with falling revenues and restructure its debt pile, which reportedly totaled USD 902.8 million as of the end of September 2018 and comes due next year.

According to their website, MoneyGram operates in more than 200 countries and territories around the world, whether online, with services available through a mobile device, at a kiosk, or in local shops.

Q1. Your project EXMR FDN, what is it about, can you give us a brief? Our purpose is to join forces, to create dApps platforms...

The world may be on the verge of large-scale adoption of “private money” such as Facebook’s Libra, a major investment bank predicts, although there...

The price of bitcoin (BTC) sits at a pivotal point where major support is found below it, and strong resistance above it, new research...

Norwegian, the low-cost air carrier headquartered in Oslo, Norway, is set to allow customers to pay for air tickets using cryptocurrency within the year...