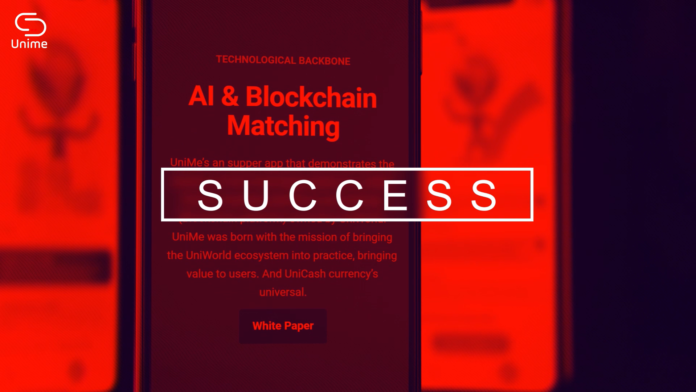 Are you using the secure messaging app? Specifically, one of those apps uses encrypted messaging. It will help you prevent hackers, your internet service provider, or anyone else from being able to intercept and read your private communications. While end-to-end encryption is a key feature in messaging that helps secure messages, it does not completely protect users from surveillance. However, if you choose a messaging app with high security, your private information is safe. Currently, the market has many messaging applications encrypted on your electronic device such as Unime Messages, Samsung and Apple Messages, WhatsApp… Each application has different characteristics, but the most important is the feature security.

Below, we research messaging apps that use (or optionally use) end-to-end (E2EE) encryption, which is a security mechanism between sender and receiver data streams. The sender encrypts the data at the endpoint, then sends it to the receiver. The receiver is the only one who has the data and eventually decrypts it. The server is not involved in the decryption process. It is only responsible for transporting that data. Most importantly, encryption prevents apps from storing copies of your messages on their servers.

What is the most secure messaging app 2021?

We have identified the top most used and secure messaging apps of 2021.

UniMe is a fully end-to-end encrypted, secure messaging app with features like wallet payments, verification, and AI & Blockchain. The app does not store user data. It is easy to use and does not require any prior technical knowledge. All you need is a quick download. A user profile is created easily. You can connect with people with highly secure voice/video calling, which improves work and life efficiency. If you are looking for a private messaging app, connect with friends and family safely and securely. UniMe is a super app that has integrated two technology platforms, UniBot and UniChain/ UNW which is owned by UniWorld Ecosystem. UniMe is for you.

Samsung and Google Messenger are two messaging applications that both use the Android operating system. They are easy to get confused with as they are widely used around the world. However, Samsung Messages is for use on Samsung phones only, Knox E2EE security, military-grade encryption, RCS (rich communication service) availability but supported by carrier only Samsung. In contrast, Google Message is more convenient when it comes to RCS availability by default, no matter where you live or what carrier you use.

The signal is a good message application in the range of near, security, and features support private permissions. However, this is not the default mobile application. Signal was started by Open Whisper Systems, the creators of TextSecure, which uses end-to-end encryption to secure the transmission of instant messages, group messages, attachments, and media messages to users. In 2015, TextSecure merged with an encryption app called RedPhone and renamed it Signal. Signal has been a favorite of the infosec community since its release, after which it became popular among ordinary users.

Apple Messages is similar to Samsung Messages; it only uses it on Apple devices. This is an example when it comes to apps with high-security features. In addition to providing end-to-end encryption for users. Apple Messages allows users to control how long messages are saved and how many times recipients can view messages, but this feature only applies to iOS 10 and later. On all Apple devices, whether it’s iOS, watchOS, or iPadOS, your messages are end-to-end encrypted and inaccessible without the passcode. Apple’s FaceTime with E2EE, so users can rest assured of their video calls.

Viber is a messaging application that uses the Internet for calls and messages. Especially, can communicate with people in different countries. This is a great app for making international calls. Although, it is user-friendly but still has some limitations. Viber has about 260 million monthly active users. In 2016, it enabled end-to-end encryption.

Wickr is an app that was started by privacy and security advocates in Silicon Valley in 2012. It was one of the first apps to adopt end-to-end encryption (E2EE). In 2017, Wickr opened the source code to make the crypto community transparent around the world to help improve security. However, the free version of the Wickr app is only free for up to 10 users. To upgrade, users need to pay in three levels up to $25/month. In particular, the security feature is screen capture detection, third-party keyboard blocking on iOS, and deleted files cannot be recovered.

Telegram is a free messaging, video calling, file sharing application. It has a lot of servers around the world, the data center is located in Dubai. Telegram is available on the most popular operating systems today such as Android, iOS, Windows, macOS, and Linux. Telegram calls and messages are end-to-end encrypted with open source code. As of January 2021, Telegram has over 500 million regular active users. Recently, Telegram has gained popularity with organizations as it allows large group chats of up to 10,000 members.

– Price: Free or optional: $9.50/month for an enterprise account.

Wire Personal is an open-source application developed by a team of experts who have worked for IBM, Cisco, Gameloft, and some of the founders of Skype. Wire uses encryption to keep customer messages and calls secure. Encrypted video calls, secure file sharing, synced messages between devices, and others. In addition, Wire offers a premium option for business accounts.

Based on research, we have compiled highly secure messaging apps. We hope you will choose the right messaging app for you.

The Next War: A Play-to-Earn Futuristic Shooting Game

Fed Says it Is Looking into Possibility of CBDC Issuance