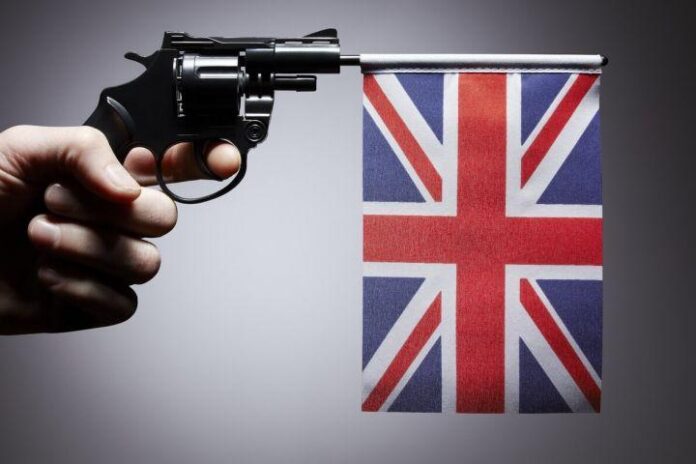 Regulatory uncertainty has been a way of life for crypto exchanges since the get-go. Running a crypto-related firm is like walking through a swamp in many respects – you never know what is waiting underfoot at the next step.

But this has never been more the case, it would seem, than in the UK in late 2020.

On paper, Brexit has officially already taken place. But, in reality, the stinky stuff is yet to hit the fan: The UK’s de facto exit from the European Union will take place in January 2021 – after the official “transition period” draws to a close.

2020 was supposed to be a year for bargaining with the EU, forging post-union trade deals and “getting Brexit done,” in the words of UK Prime Minister Boris Johnson, who won a general election almost a year ago with this very slogan.

Then came the coronavirus pandemic – and all of a sudden Brexit got pushed way back to the outer fringes of the political agenda, both in London and Brussels.

Politicians, perhaps understandably, have had much bigger fish to fry this year. But as the year-end deadline now starts to draw dangerously near, pressing questions need to be answered fast for all sorts of business sectors.

But what does this all mean for the scores of crypto firms in the UK – both those set up by Brits the overseas companies that have chosen to headquarter themselves in the UK?

Optimistic outlook?
Some UK-based firms say they are confident of facing the Brexit challenge head-on. Either that, or they’re doing a good job of putting on a brave face.

British crypto brokerage BC Bitcoin’s Sales & Business Development Manager Tyler Smith told Cryptonews.com that he feels the Financial Conduct Authority (FCA) – the UK’s top financial regulator – has been “clear” with its intentions for the crypto sector.

Among the FCA’s new requirements, unveiled this year, is a Japan-like operating permit system that will require cryptoasset providers to register with the regulator, as well as new anti-money laundering measures.

“We have been preparing for Brexit for some time. The recent cryptoasset guidelines published by the FCA in January 2020 have clarified the requirements for firms operating in the UK.”

And Smith added that this clear communication will hopefully continue as and after the UK leaves the EU. According to him, there will likely still be continued cooperation and discussions but there may be some differences in legalization moving forward.

“As a UK business, we look forward to increased regulation of the industry and the UK taking a proactive and leading role regulating the companies operating,” he said.

Others admit that they are keeping a cautious eye on the UK-EU negotiations, preparing to react if anything forces their hand.

Dmitri Litvinovich, Chief Product Officer at CoinField, said his firm was “getting on with business as usual.”

“No practical changes have been implemented as of now, due to the fact that there are many uncertainties around Brexit. We keep our finger on the pulse of Brexit in terms of how this would affect our clients and internal operations.”

Uncomfortable questions
Other firms expressed clear discomfort at the very idea of opening up to Cryptonews.com about Brexit – a political and economic hot potato since 2016.

Some half a dozen (normally very talkative) British crypto firms agreed to conduct interviews on the matter, only to pull out at the last minute.

A compliance officer at a leading British crypto exchange asked for anonymity, but told Cryptonews.com,

“This subject is like a loaded gun. Nobody knows what is going on and some people fear the worst. At best, regulatory uncertainty is brewing as the government isn’t really paying the crypto sector much mind now. But at worst, you might see companies up sticks to set up shop in EU member states. It’s a very distinct possibility.”

One pressing issue centers around passporting, a legal framework that essentially lets financial firms that have been granted permission to trade in any EU nation to trade freely in any other member state with a bare minimum of extra authorization.

Much of the British financial industry relies heavily on passporting – an EU Markets in Financial Instruments Directive (MiFID) first formulated in 2004.

Passporting has effectively allowed financial companies to hop around the union with relative ease in the past few decades. But as regulators seem somewhat unsure as to whether or not they want to classify crypto exchanges as financial institutions, passporting – like Brexit itself – is very much up in the air right now.

Should the UK ever decide to classify exchanges as financial sector companies, all hell could theoretically break loose in the crypto sector.

Anissimov stated that CEX.IO, which is based in London, is looking at ways to continue trading in the European Union by “applying for regulation in France, the Netherlands, Germany and Austria.”

“These are the countries that have so far announced that they require companies to register with them. We have already submitted applications and are now in the process of obtaining the necessary licenses.”

The EXMO exchange is headquartered in Polegate, in the English county of East Sussex. Its Head of Development, Maria Stankevich, told Cryptonews.com that although Brexit “will not impact EXMO’s business model drastically,” the firm is taking interest in the situation across the English Channel in mainland Europe.

“We are observing how individual European countries and the EU are trying to create a favorable yet regulated environment for the development of the crypto industry. At the same time, they are working on unified regulation for the territory of the union.”

Central European nations, in particular, are turning heads. And another option can be found to the West of Great Britain. She added,

“We see that now Germany and Switzerland are competing to create favorable conditions. Custody and banking services with support for cryptoassets are developing in both countries. Another possible option is Ireland, as it looks like a nice ‘bridge’ in case the legislation gets crazy.”

Ireland and its relationship with the UK have also come under scrutiny after the 2016 referendum. After Brexit, Northern Ireland’s 500km border with the Republic of Ireland (ROI) will become the only land crossing between the UK and the EU. Politicians are frantically trying to find a solution that will help keep NI-ROI and UK-ROI relations as peaceful as they have been in the past few deaces since the 1990s.

Stankevich concedes, “Considering the fight concerning the new law regarding Northern Ireland, this option is also not entirely clear.”

Large crypto companies with a presence in both the UK and mainland Europe will feel they have a natural edge when it comes to hedging their Brexit bets.

However, he added that he was “expecting the impact of Brexit to be limited” as “the specific real cryptoassets offered” on the eToro platform “do not currently fall within the scope of MiFID.”

Regardless, even bigger players admit that they are keen to keep their options open.

“We continuously monitor the crypto regulatory environment and are closely following developments around Brexit. eToro UK is part of the wider eToro Group, which is composed of multiple entities in diverse geographies and, as such, we are well-prepared for future changes in regulation.”

Change on the cards
It looks like no matter what happens with Brexit, the consensus among firms operating in the UK is that change is coming for the crypto sector, like it or not.

“My personal opinion is that Brexit will definitely impact on the UK and EU crypto sectors. We are already facing many challenges caused by the fact that global regulators and even some institutional service providers try to avoid crypto-related involvement, as they simply cannot keep up with the pace. Brexit will bring even more challenges to that space.”

“We are regulated by the EU authority and our main concerns pertain to amendments to UK regulation and licensing, cross-border transactions, as well as license passporting. To my mind, in the mid-term, those matters face drastic changes that in turn affect the British crypto sector. I foresee challenges for international companies to be presented in the UK market. This might lead to limited crypto services offering to UK residents.”

EXMR FOUNDATION NETWORK : Integrating developers for a better future in the crypto world!

DeFi Coin and the Mission to Revolutionize Mobile Payments and Decentralized...

Nafter will be Direct Listing on PancakeSwap on Friday, May 14th!