Home News What a Month! Third Crypto Exchange to Leave the Business 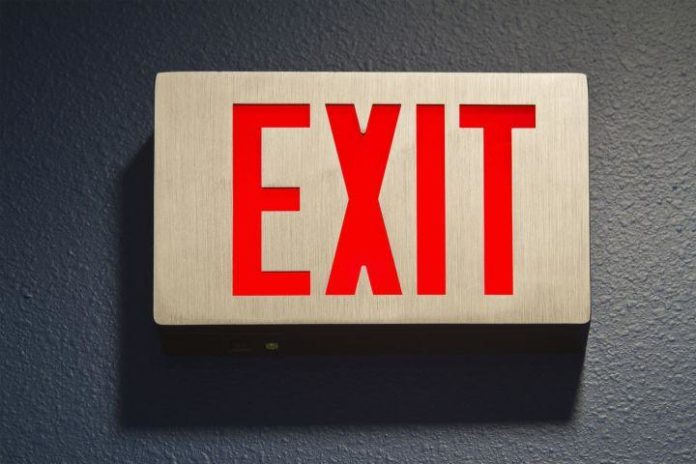 The pressures of doing business in an increasingly competitive arena have taken their toll on Asian cryptocurrency exchanges – with a first-generation Japanese operator leaving the market and a major South Korean exchange closing down an overseas venture, while a smaller local player has also decided to leave this business.

Tech Bureau – the Osaka-based former operator of the Zaif exchange – has said goodbye to its cryptocurrency operations. Zaif was one of the first exchanges to open in Japan, and was one of the first to gain an operating license from the regulatory Financial Services Agency (FSA). Zaif opened in March 2015, two and a half years before the FSA introduced its licensing program.

However, a crippling hack last year brought financial chaos for Zaif, which was eventually bailed out by Tech Bureau rival FISCO.

FISCO has since unveiled plans to take on Zaif’s customers, transferring Zaif accounts onto its own crypto exchange platform. But Tech Bureau continued to operate Zaif until it could contact all remaining account holders and compensate all of the customers that had been affected by the hack.

FISCO had hoped to carry out a merger with Zaif. However, Tech Bureau has confirmed it will instead be closing down Zaif, with any remaining crypto exchange business assets being transferred to FISCO.

“The Company has been considering for various possibility of the customers who has not accepted the contract succession, however, we announce here that the Company has came up to the conclusion to discontinue our cryptocurrency exchange business once we complete the refunds for all customers who possess remaining balance which refunds can be made,” the company said without providing any specific dates when the exchange will be closed.

According to local media, the FSA has confirmed this marks the first time a licensed Japanese exchange has closed down. Nikkei says Tech Bureau will now focus on “blockchain development.”

Per the exchange’s website, CGEX will close on September 18 – less than a year after it opened. The operator said that it had “decided” that it “could no longer maintain service.”

As previously reported, one of Coinone’s smaller rivals, Prixbit, also closed down earlier this month due to “negative internal and external influences.”

South Korean journalists have warned that 97% of the country’s exchanges are “in danger of closure due to low trading volumes.”

New trading platforms are appearing not only in this region. In July, cryptocurrency exchange bitFlyer Europe announced its new trading platform Buy/Sell, while one of the biggest providers of crypto wallet services, Blockchain, said it will launch own crypto exchange, called the Pit. Meanwhile, also last month, trading started on a reportedly decentralized exchange built on EOS, called eosfinex. Moreover, in an attempt to focus on the Decentralized Finance, Ethfinex became an independent, hybrid decentralized exchange, DeversiFi.

However, industry players are increasingly talking about the imminent consolidation of crypto exchanges, stressing smaller companies might not survive.

For example, according Ankur Agarwal, Australia Head for Zebpay, once major Indian exchange, the industry and the world does not need so many exchanges and “we will see consolidation in the near future.” Whether it’ll happen this year or further down the line, it’s “something that has to happen eventually.”

Also, in an interview with Cryptonews.com, Ross Zhang, Head of Marketing at the Huobi Group, said that the times will get tougher for the smaller ones as “more and more users [will be] choosing top exchanges”: “Given this, I think smaller exchanges will have less room to play in this business.”

Big Black Cock Brings 5,000 Ultra Rare NFT Collection that has the potential to...

Mazuri, the Most Exciting Addition To the Virtual Gaming Metaverse is Almost Here

Why iGaming Industry Should Switch To Cryptocurrency