Home Blockchain What Might Change The Currency Composition of Central Banks’ Reserve Holdings? 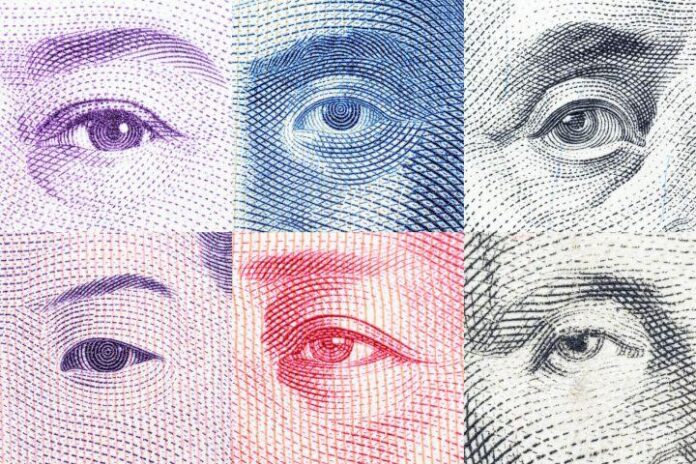 Alina Iancu, Neil Meads, and Yiqun Wu work at the International Monetary Fund (IMF)’s Strategy, Policy, and Review Department, while Martin Mühleisen is the former director of this department.
_____

The currencies that are being held by central banks as foreign exchange reserves have remained largely steady over decades. Changes in the composition of these holdings can, at best, be described as glacial in pace.

But geopolitical shifts and technological revolutions are reshaping the global economy and the international use of currencies. These forces, and the fallout from the COVID-19 pandemic, could further accelerate the transformations in the reserve holdings of central banks.

The status quo
There are currently around 180 national currencies, but only a few are widely used for international transactions, such as invoicing, paying for imports, and issuing debt or investing abroad. These currencies are the US dollar, the euro, and, to a lesser extent, the Japanese yen, the British pound, and a few others. When crises hit, companies and investors usually seek safety in dollars.

Central banks have long held international reserves in these same currencies. This is unsurprising as reserves are intended to back up international transactions as described above, allowing country authorities to finance balance of payments needs, intervene in foreign exchange markets, and provide foreign exchange to domestic agents.

The slow pace of change in reserve holdings
Building on a novel dataset, a new IMF staff paper analyzes the composition and drivers of central banks’ reserve currency holdings over recent decades, and how these drivers have changed.

One key finding is that, given the dollar’s (and to some extent, the euro’s) international dominance, to date, any shifts in central bank reserve holdings have been minimal.

For example, despite China’s growing role in the global economy, the Chinese renminbi has gained only a small foothold in global transactions, such as issuing foreign debt or trading in the global foreign exchange market.

The paper also found that financial links seem to be a key driver of reserve currency holdings, and increasingly so in the last decade. This would suggest that, as long as the dollar continues to dominate global finance and trade, its dominance as a reserve currency looks set to endure.

But, just as slow-moving glaciers can sometimes unexpectedly surge forward, the currency composition of reserve holdings has the potential to undergo a sudden, unexpected, and accelerated transformation.

The future of reserve currencies
Our paper suggests a number of economic and financial trends that could impact the future composition of reserve holdings. Geopolitical and technological developments might prove as significant as economic considerations, and, together with the current COVID-19 pandemic, could accelerate future transformations. Potential drivers of change include:

Shifts in international finance: the strong response to the European Commission’s large-scale bond issuance in October highlights potential demand for alternatives to dollar-denominated debt.
Emerging market and developing countries could also issue more debt in the currencies of emerging creditors, such as China, to help meet increased financing needs. Our paper finds that the currency denomination of public debt is an especially important determinant of emerging market and developing countries’ reserve holdings, likely reflecting central banks’ desire to hedge against risks associated with debt obligations.
Changing trade links and invoicing practices could also alter demand for international currencies. Both the pandemic and recent trade tensions have highlighted the fragility of global supply chains. Countries are now more interested than ever in ensuring critical supplies. A shift toward localized production would reduce the demand for international currencies.
Meanwhile, lower reliance on any single trading partner might diversify demand for currencies. The recent conclusion of the Regional Comprehensive Economic Partnership in Asia – a free trade agreement between fifteen nation states in the region – may signify a larger role for alternate currencies that currently account for a small share in international reserves.
The credibility of the policies of debt-issuing countries is fundamental for trust in their currencies. The COVID-19 pandemic has highlighted the need for current and potential issuers to enact sound health and economic policies to preserve their growth potential.
The international use of currencies can also reflect strategic considerations. For instance, reserve currency portfolio decisions may be influenced by foreign policy considerations and security ties. The fallout from trade tensions and international sanctions can prompt countries to consider changes in their reserve holdings and potential issuers to seek to internationalize their currencies.
The pandemic has accelerated advances in financial and payment technologies. Potential competition from private issuers such as Diem – Facebook’s payment system – has spurred major central banks to accelerate work on central bank digital currencies and cross-border payments. The European Central Bank and People’s Bank of China, among others, are exploring the issuance of central bank digital currencies which could increase demand for their currencies.
Superior technology platforms could also help new currencies overcome some of the advantages of incumbent currencies. Depending on the adoption and use of public or private digital money , central banks might have to rethink what constitutes, and how to hold, reserves going forward.
There is currently no sign of major shifts in the composition of central bank reserve currencies. However, the glacial pace of change over recent decades should not be taken as an indication of the future. There is considerable uncertainty around global economic and financial trends, as well as geopolitical and technological developments, and so scope for more dynamic transformation in the future.