Home Cryptocurrency Why Ethereum is Far From ‘Ultrasound Money’ 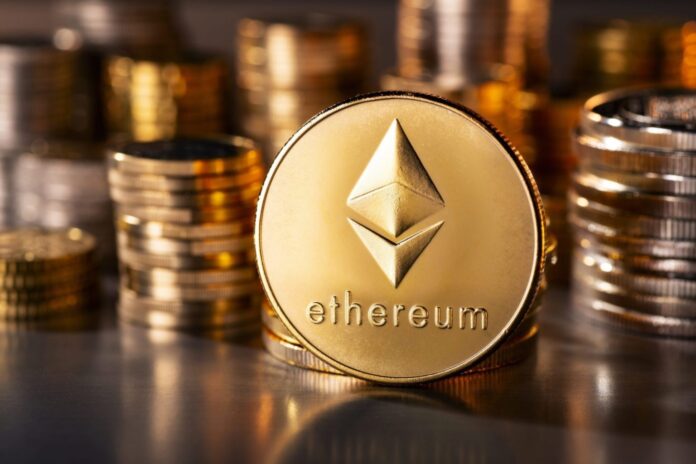 Memes are extremely important in the crypto market. Dogecoin (DOGE) may be the best recent illustration of the power of memes in a market powered by a combination of scarcity and user demand (note: some memes are more sustainable than others), but every cryptocurrency has their own memes that proliferate around Crypto Twitter and other hot spots of cryptocurrency discussions on the internet. And of course, bitcoin (BTC) has the original cryptocurrency meme in the form of “digital gold”.

Recently, a popular meme that has popped up in Ethereum (ETH) circles is the concept of ETH as “ultrasound money”. Due to an upcoming change to ETH’s monetary policy, some ETH holders believe that the crypto asset can become even better than bitcoin at being money.

Let’s dissect this Ethereum meme and see if it holds any basis in reality.

What is the basis of the ultrasound money meme?
The ultrasound money meme around ETH originated as a reaction to an upcoming change to the Ethereum network, known as EIP-1559. Part of this alteration to the fee mechanics of the Ethereum network involves the underlying ETH asset’s monetary policy. Once EIP-1559 is activated on the network, a portion of the ETH that is used to pay transaction fees will be burned, effectively removing that ETH from circulation forever.

The total amount of ETH that would be burned from transaction fees on a regular basis is a bit difficult to quantify, as the base fee on Ethereum transactions that will be burned after the activation of EIP-1559 will automatically adjust based on demand. Additionally, the number of transactions included in a new block (and the resource requirements of those transactions) can vary widely. That said, one calculation in October last year, found that nearly 1 million ETH would have been burned over the course of a year from October 2019 to October 2020 if EIP-1559 was already live.

Based on this estimate, ETH will still be inflationary even after EIP-1559 is implemented, as roughly 5 million new ETH are currently created in new blocks on an annual basis (an annual inflation rate of around 4.5%).

Of course, EIP-1559 is not the only upcoming change to Ethereum. The network is also expected to change its consensus mechanism from proof-of-work (PoW) to proof-of-stake (PoS). The annual inflation rate is expected to drop from 4.5% to between 0.5% and 1% as a result of this change to PoS. When EIP-1559 is combined with the move to PoS, the ETH supply is estimated to decrease on a yearly basis, although the exact rate of supply reduction is, again, difficult to estimate due to the varying amount of ETH that could be burned on a regular basis via the transactions happening on the network.

This possibility of a monetary policy that gradually decreases the supply of ETH is the ultimate source of the ultrasound money meme. Bitcoin’s current inflation rate is around 1.5% (and is cut in half roughly every four years), so the idea is that, if bitcoin is supposed to be sound money, ETH should be considered ultrasound money because it will have a lower issuance rate.

Weakened credibility
So, do the upcoming changes to ETH’s monetary policy mean that the crypto asset will become ultrasound money? No. Sure, with all things being equal and only comparing ETH to itself, these changes to the monetary policy can be seen as a positive move for the cryptocurrency. However, ETH does not exist in isolation.

The key reason that bitcoin has become increasingly trusted as a global, apolitical store of value over the years is not necessarily the specific inflation rate on the cryptocurrency network but rather the credibility of that monetary policy.

Bitcoin users trust that the monetary policy has been “set in stone” and will not be changed for any reason in the future. The failure of the parties behind the New York Agreement to push through a hard-forking change to Bitcoin’s consensus rules is often cited as a key source of this credibility.

With ETH’s monetary policy being changed once again, the credibility that the policy won’t change in the future is weakened.

In terms of credibility and the Lindy effect, ETH will effectively be 12 years behind bitcoin when EIP-1559 is activated on the network. Additionally, the credibility of ETH’s monetary policy will be reset to zero yet again whenever the move to PoS happens.

The absurdity of the argument that simply a lower rate of inflation is all it takes to become ultrasound money can be easily debunked by imagining the creation of a new digital currency that reduces supply by 5% per year and is controlled by a single issuer in a Google Spreadsheet.

Obviously, there is much more to sound money than just the rate of new base money issuance. If you want a more concrete example, just look at Binance Smart Chain’s underlying token, BNB. BNB already has a deflationary monetary policy where all of the coins that will ever exist have already been created and coins are burned on a regular basis. Does this make BNB super-duper ultrasound money? No, of course not.

Critics of this point of view will say that the social contract for ETH’s monetary policy is to bring issuance down to the lowest rate possible while also maintaining a sufficient level of security. But even if you take this counterpoint at face value, this is an admission that ETH supply could increase if it is later found that more issuance than what is expected with the upcoming changes is needed to maintain security. ETH proponents also say that changes to the crypto asset’s issuance rate have always been for the purpose of lowering the rate at which new coins are created, but this is simply not true (as indicated by the chart below).

The volatility of the Ethereum platform as a whole also trickles down to ETH as an asset, which weakens the utility of ETH as money.

Money is meant to be a boring way to maintain savings in a safe and secure manner, and the “move fast and break things” philosophy adopted by Ethereum in contrast to Bitcoin is the opposite of stability.

Everything about the Ethereum economy today is built around high-time preference, unsustainable, and speculative use cases that could be gone tomorrow. Whether you’re talking about centralized stablecoins that could be outlawed with the stroke of a pen or yield farming initiatives that increase users’ returns in decentralized finance (DeFi) applications over the short term via the issuance of new crypto tokens with unclear value propositions, it appears that everything in Ethereum is meant to pump ETH and ERC-20 tokens over the short term and not worry about the side effect of building a house of cards rather than a sustainable, decentralized economy for the internet.

A specific example of the folly of ETH’s pumponomics relevant to the upcoming changes to its monetary policy can be seen in the incentives for staking ETH for the purpose of participating in the Ethereum network’s new PoS consensus mechanism. As Bankless’s David Hoffman argued in an article last month, more transaction fees being paid on Ethereum should lead to more ETH being locked up to earn fees via staking, which takes more ETH off the market and effectively lowers the supply of ETH for sale. However, the opposite is also true!

If there is a massive decline in activity on Ethereum due to a regulatory crackdown on highly-centralized “DeFi” projects, increased competition from more centralized and efficient offerings like Binance Smart Chain, or some other reason, ETH that is staked should be unstaked (and possibly sold). The PoS mechanism itself brings additional volatility to the ETH asset, which makes it less useful as money.

When you live by the pumponomics, you also die by the pumponomics. This is simply not a solid foundation for emerging digital money, and in many ways, Ethereum is bringing the same problematic, short-term thinking found in the current fiat currency standard managed by bureaucrats to the cryptocurrency realm.

In other words, Ethereum is reintroducing the very issues the adoption of a bitcoin standard is intended to solve.

As a related side note, the issuance of many different types of assets on Ethereum, including competing forms of money, harms the utility of ETH as a decentralized medium of exchange. For example, the large amount of centralized stablecoin activity on the platform increases fees for those who are just trying to use ETH.

There are a few other potential reasons that the ultrasound money argument for ETH is itself not sound, but these basic points on their own illuminate the foundational problems with the narrative. John Light has gone into more detail in a direct response to the aforementioned piece from Hoffman, which is worth a read if you’d like to explore this topic further.

In summary, it’s quite possible that the changes being made to ETH’s monetary policy will lead to a short-term pump in the ETH price, perhaps even when denominated in bitcoin. But these changes are also a continuation of the same sort of policies that make ETH less useful as sound money over the long term. If ETH does indeed outperform bitcoin as this bull market continues, you can be assured that it will also massively underperform BTC in the ensuing bear market, just like last time.

Mazuri, the Most Exciting Addition To the Virtual Gaming Metaverse is Almost Here